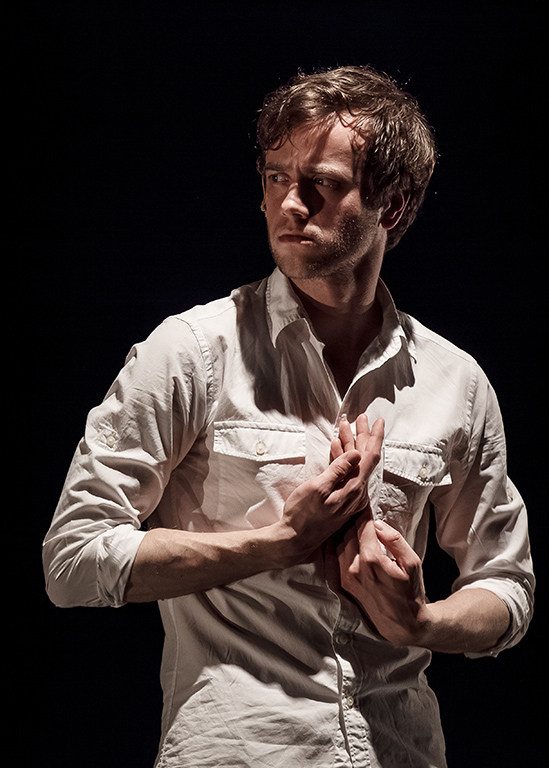 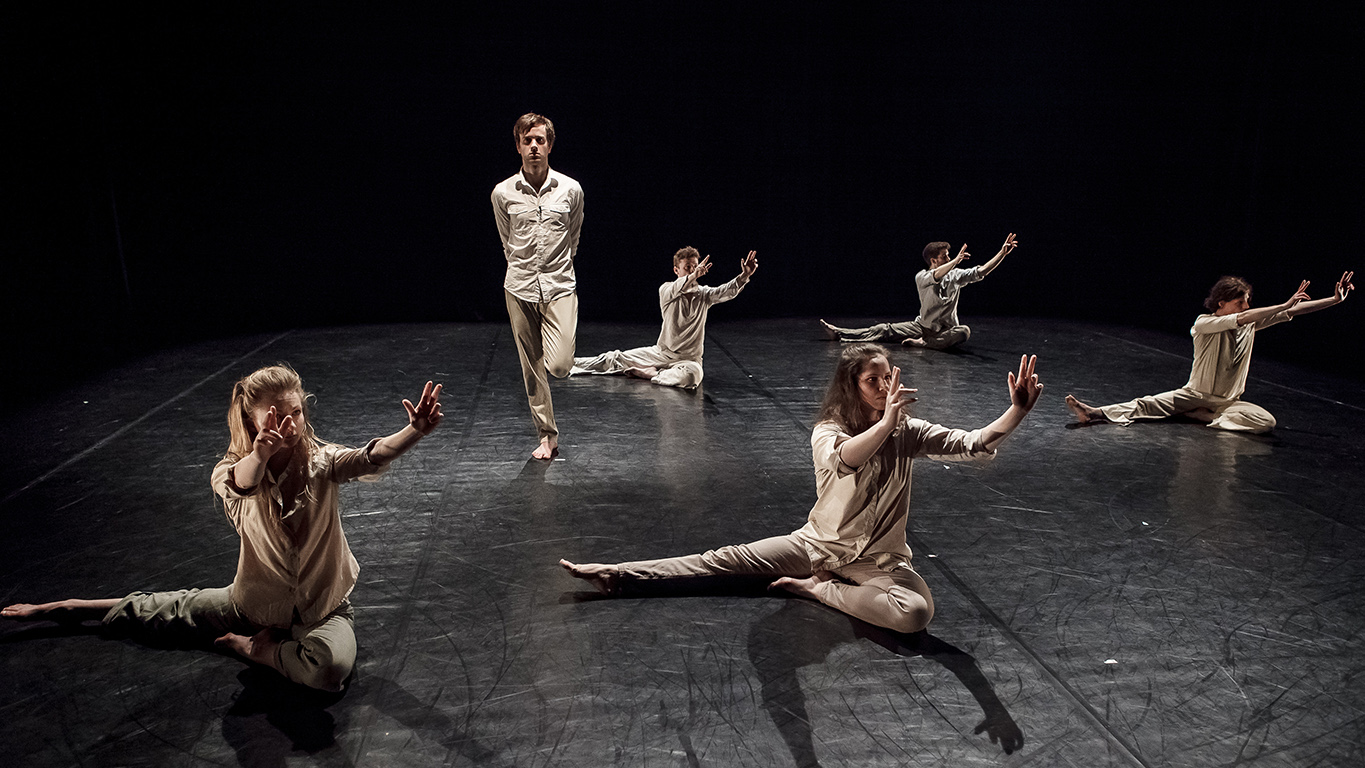 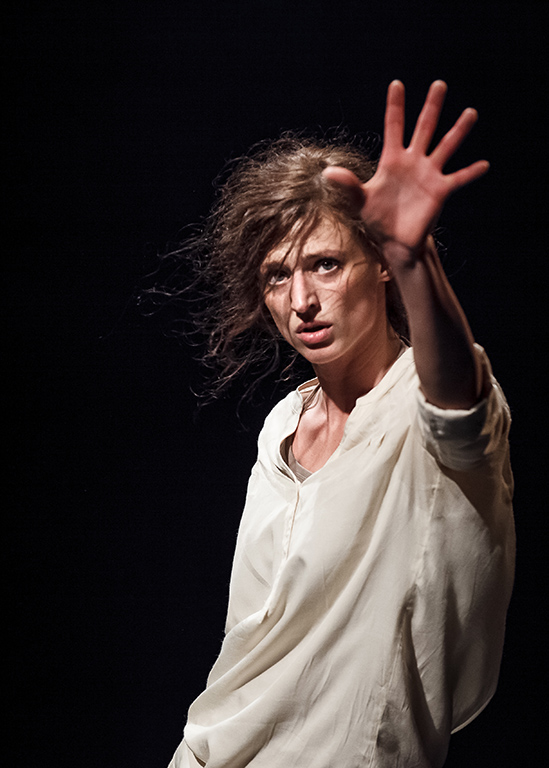 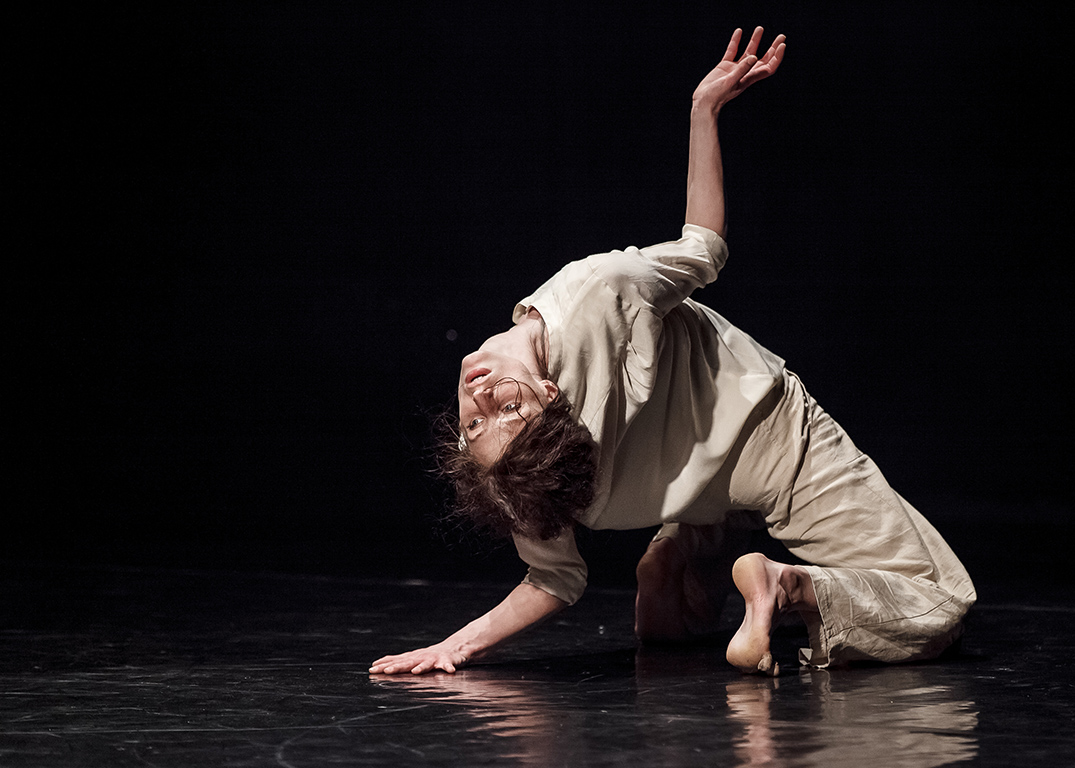 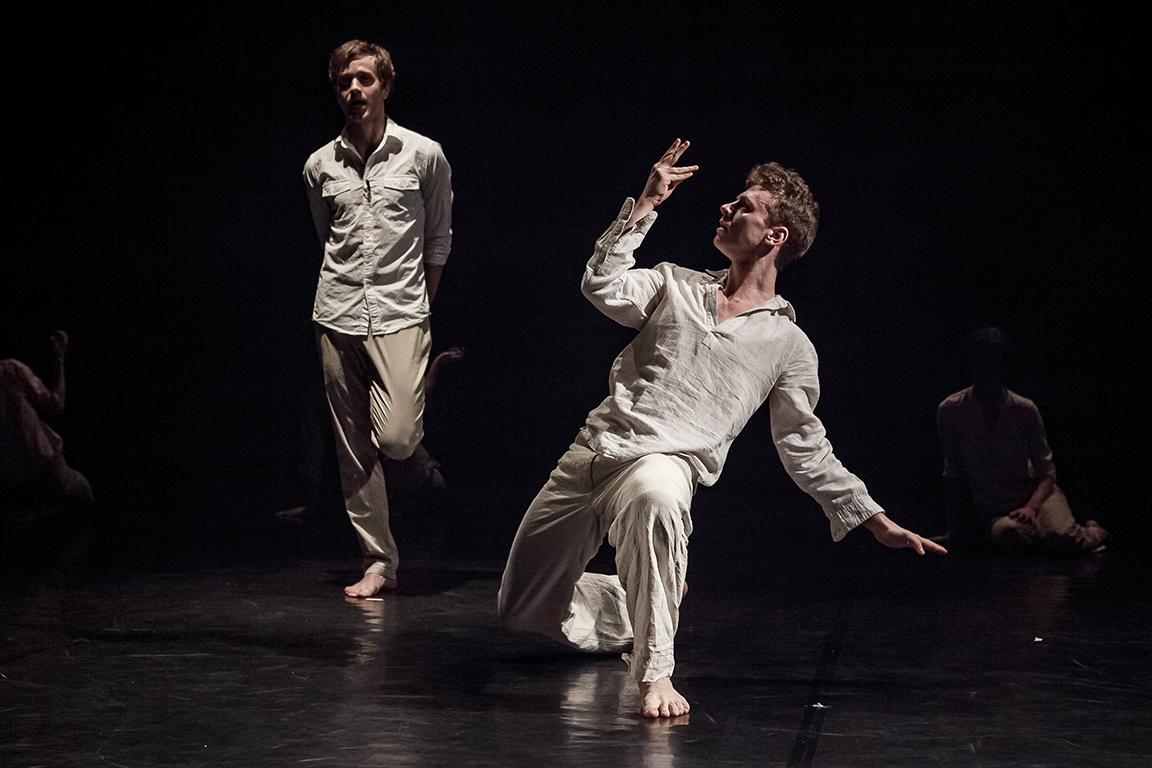 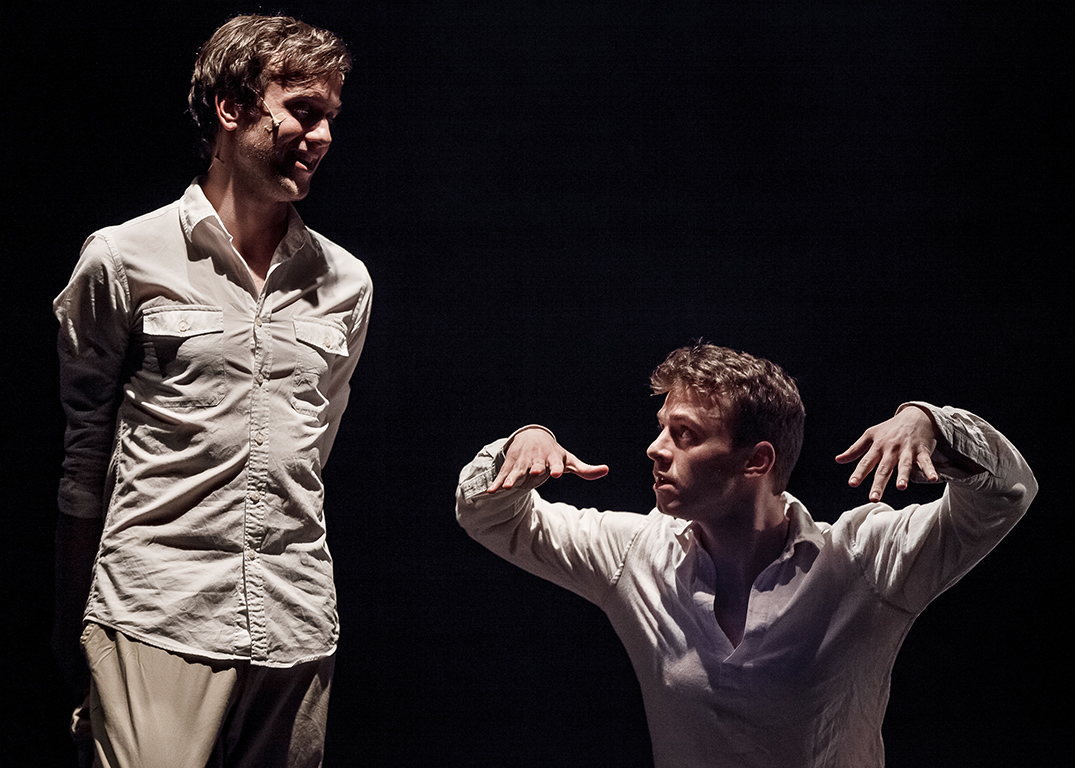 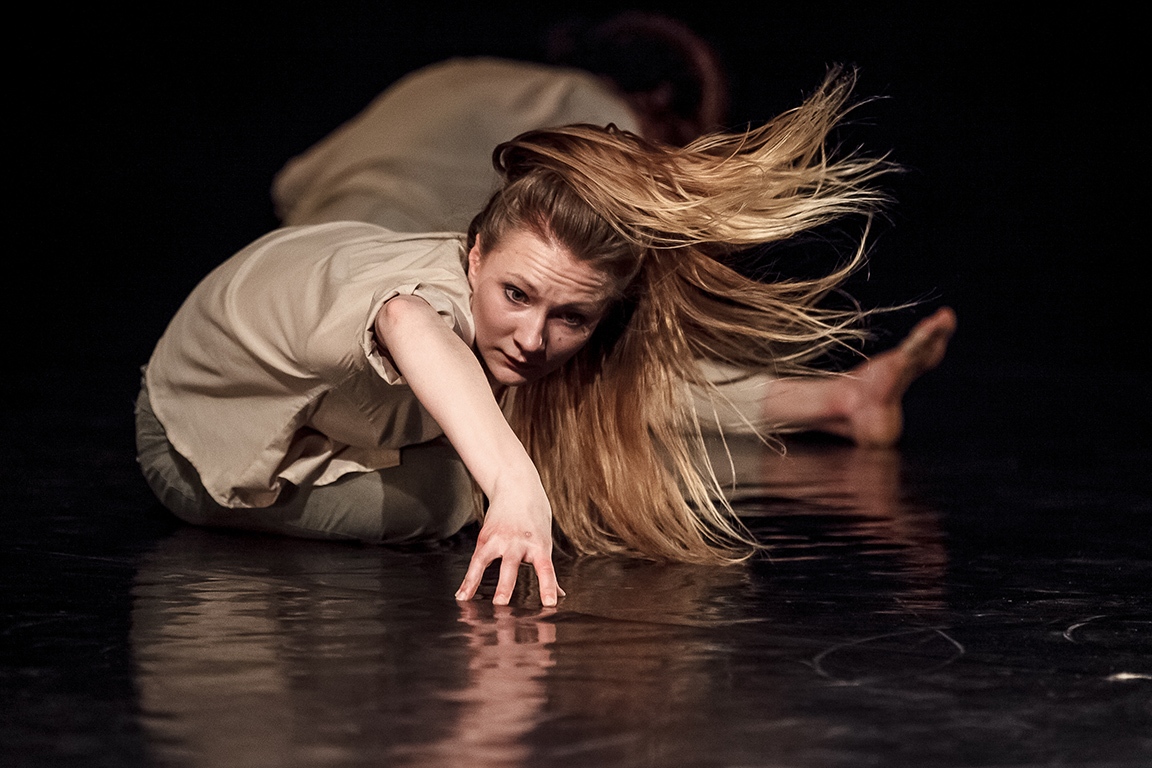 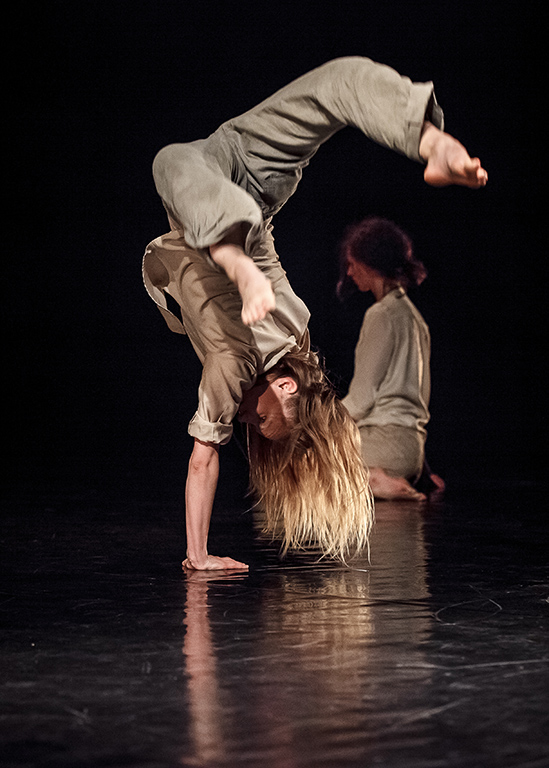 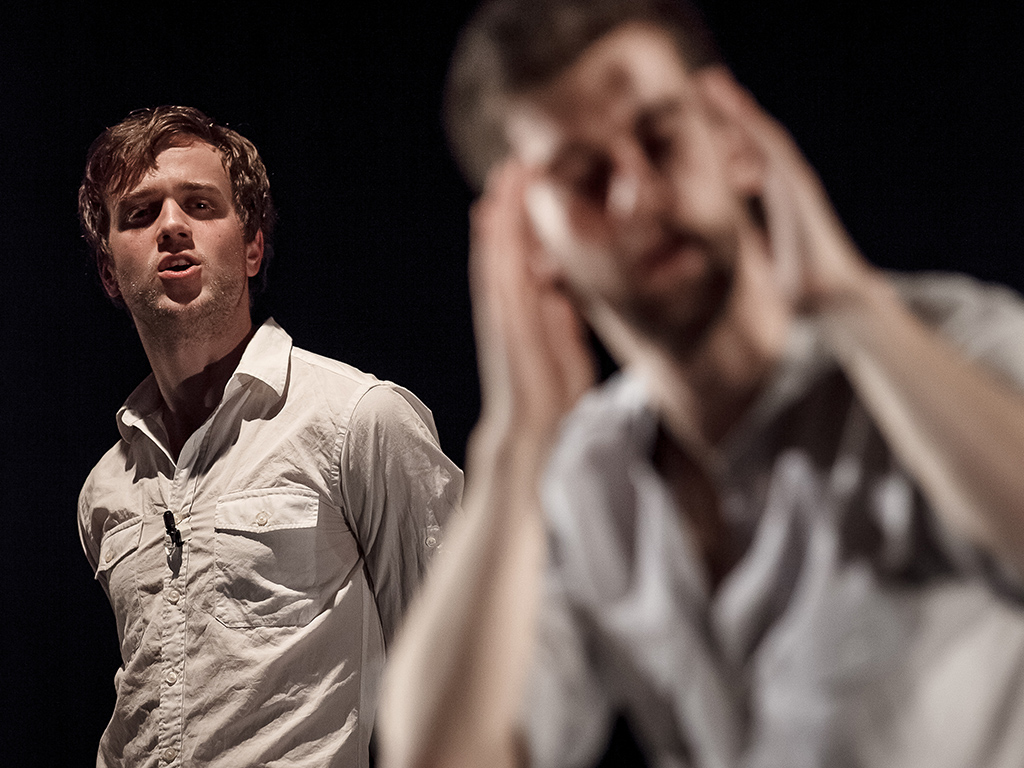 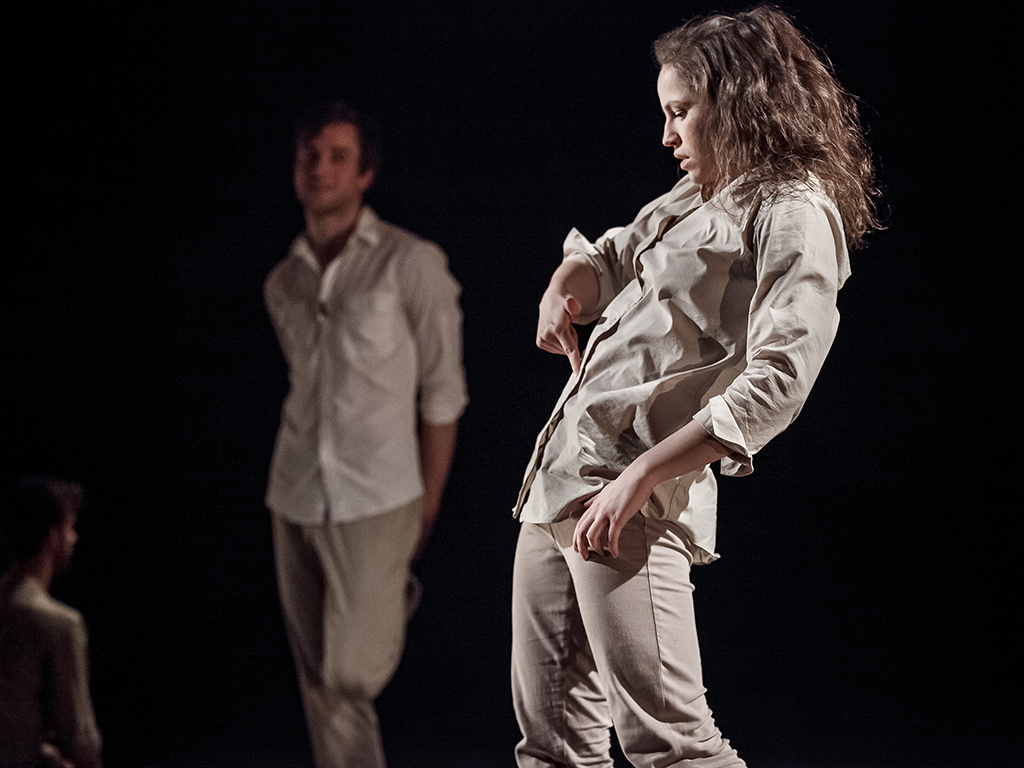 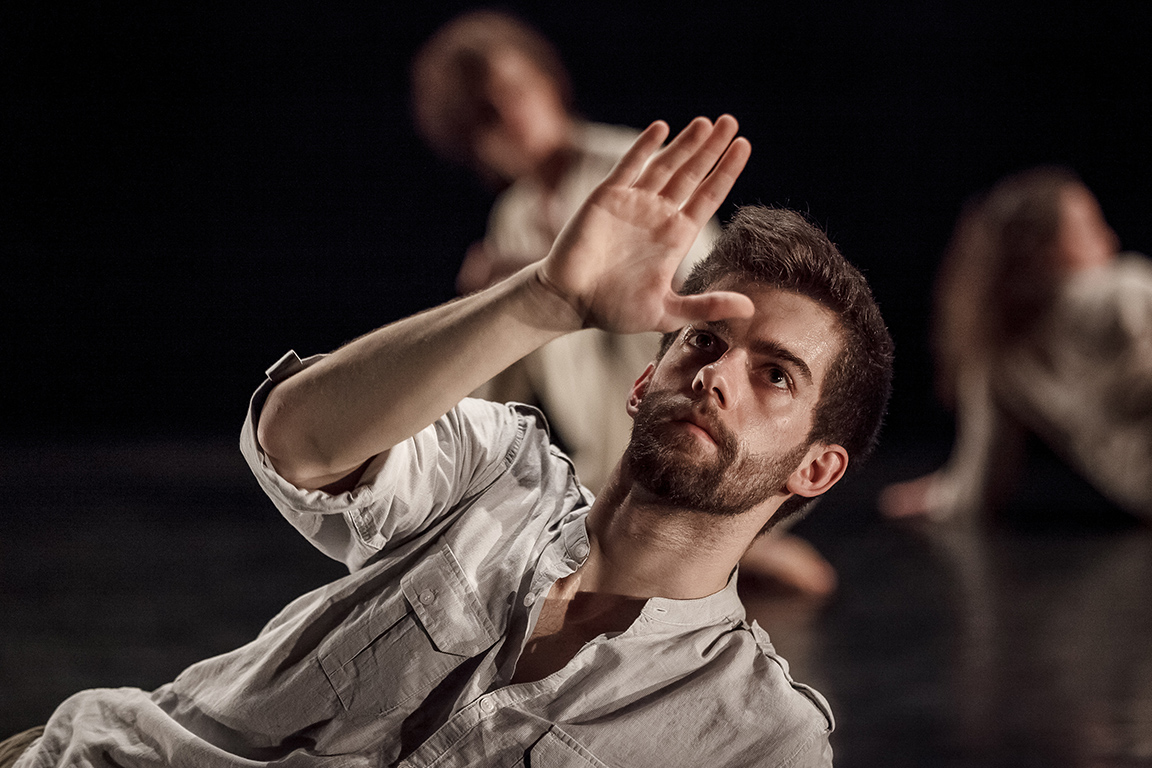 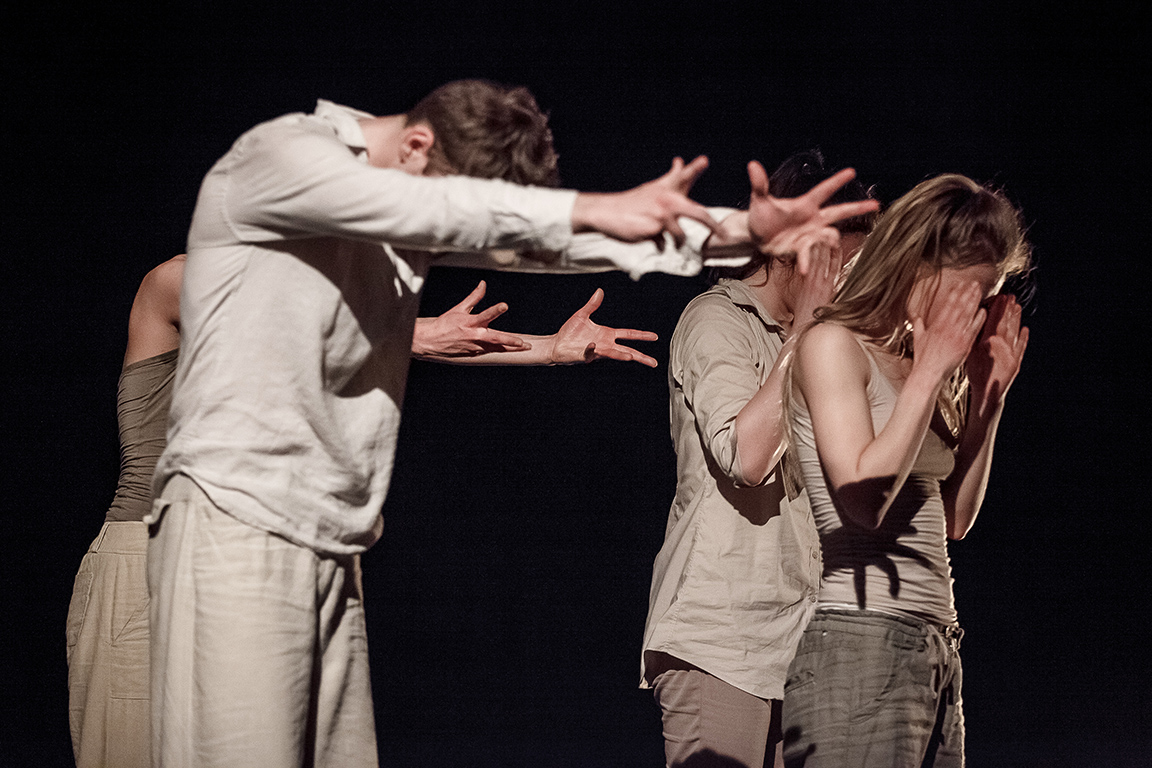 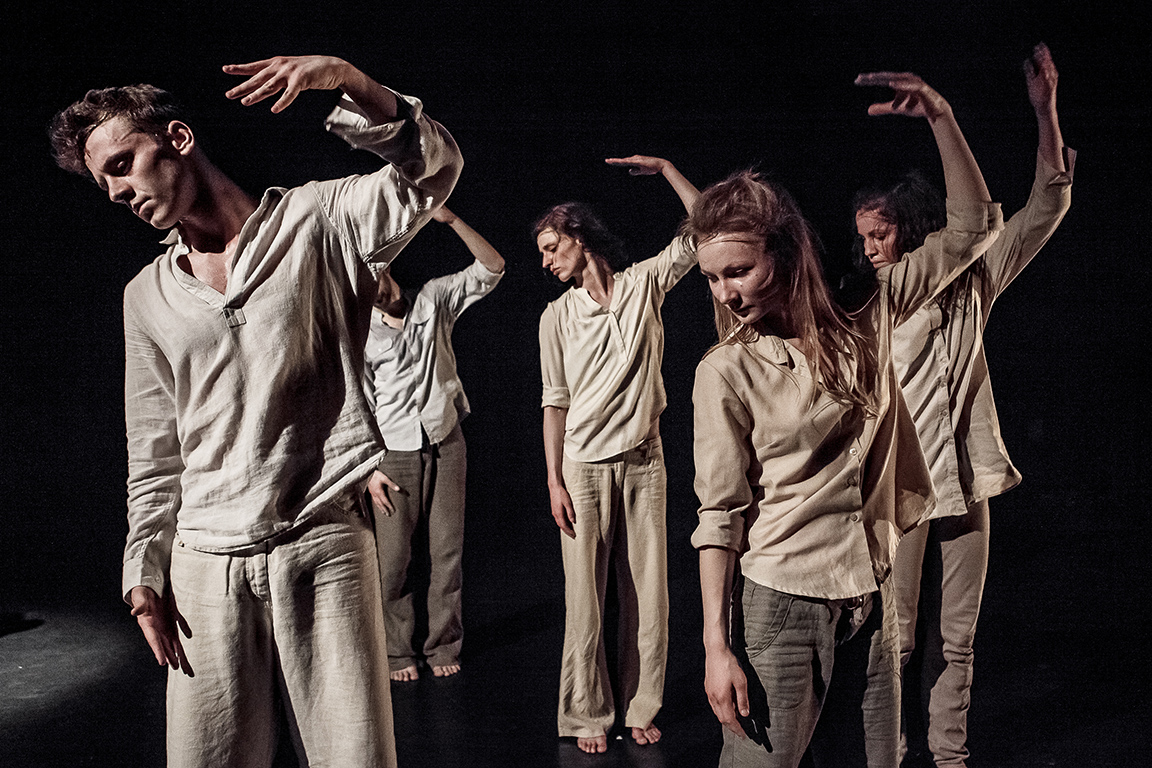 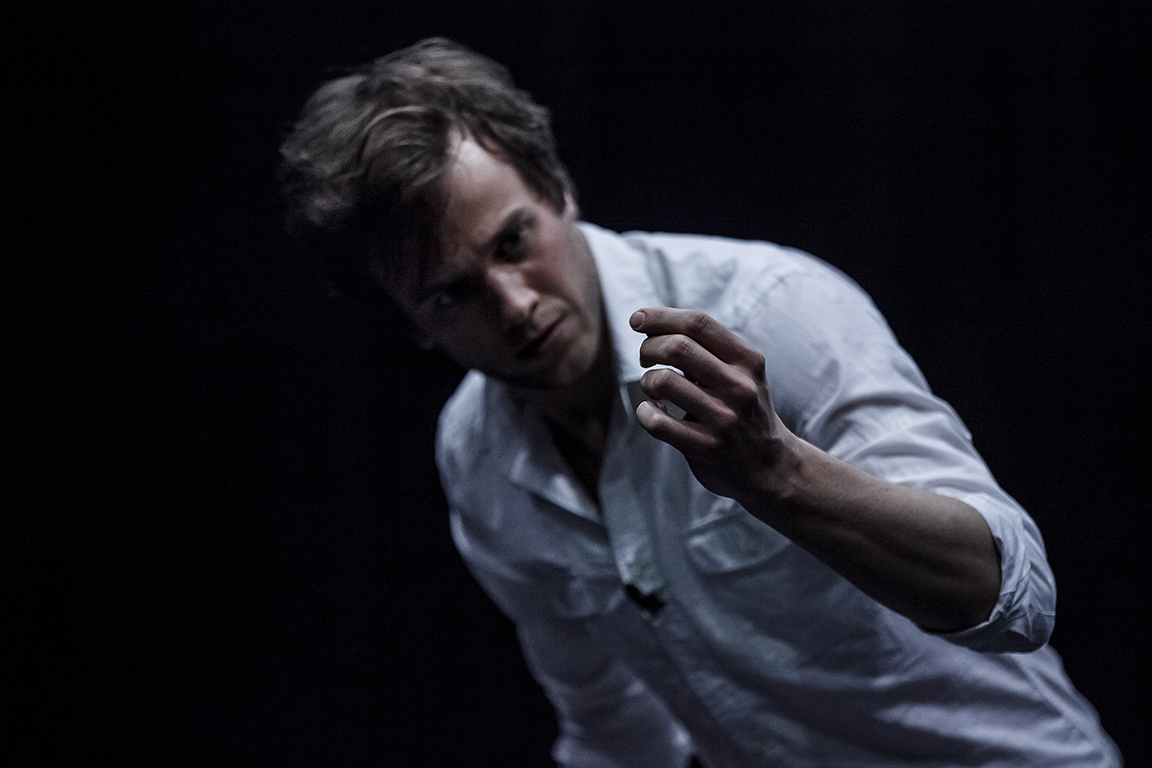 By the time we invited him to work with the company Marton had been nurturing a vision for seven years. The basis for this piece was Symeon the stylite, a Hungarian theatre play, written by Imre Sarkadi. Symeon was a Syrian ascetic saint, who proved his commitment by standing on a platform, on the top of a 30-meter tall column for 30 years. This project collected some of his philosophies and paired them with movement situations, based on the theatre play, and ordered them by a numeric algorithm, which controlled the time of the whole piece. The result was a mesmeric performance, with one of the performers standing on one leg for more than an hour, talking as Symeon, and around him the rest of the world moving, ruled by some perceivable but unclear rule, which drove the actions on stage faster and faster, ending in extremely quick changes and ultimately in absolute stillness. Marton won the prize of the best associate choreographer of the year 2014 with this show, awarded by W.I.S.E. Association from the USA.