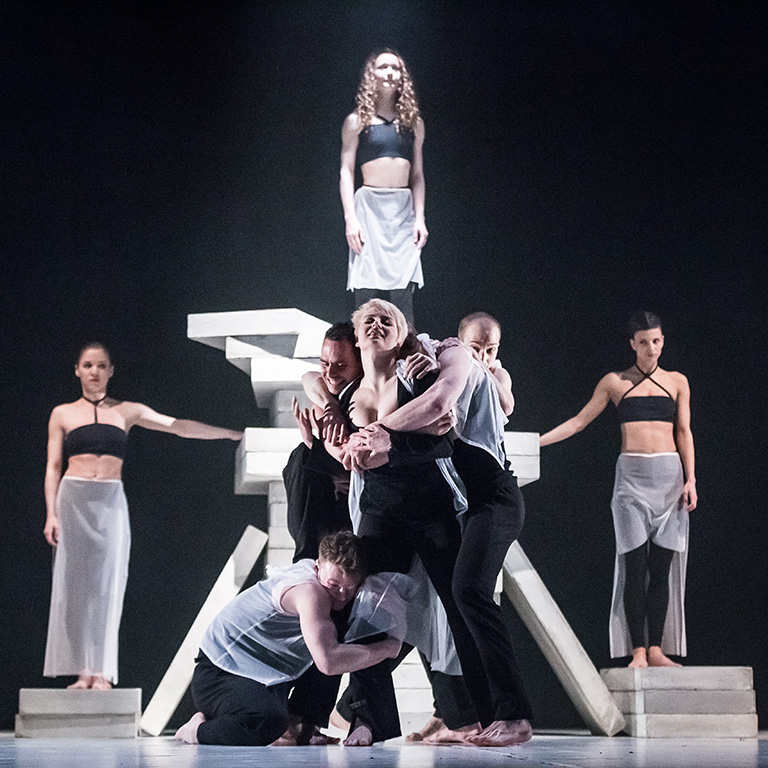 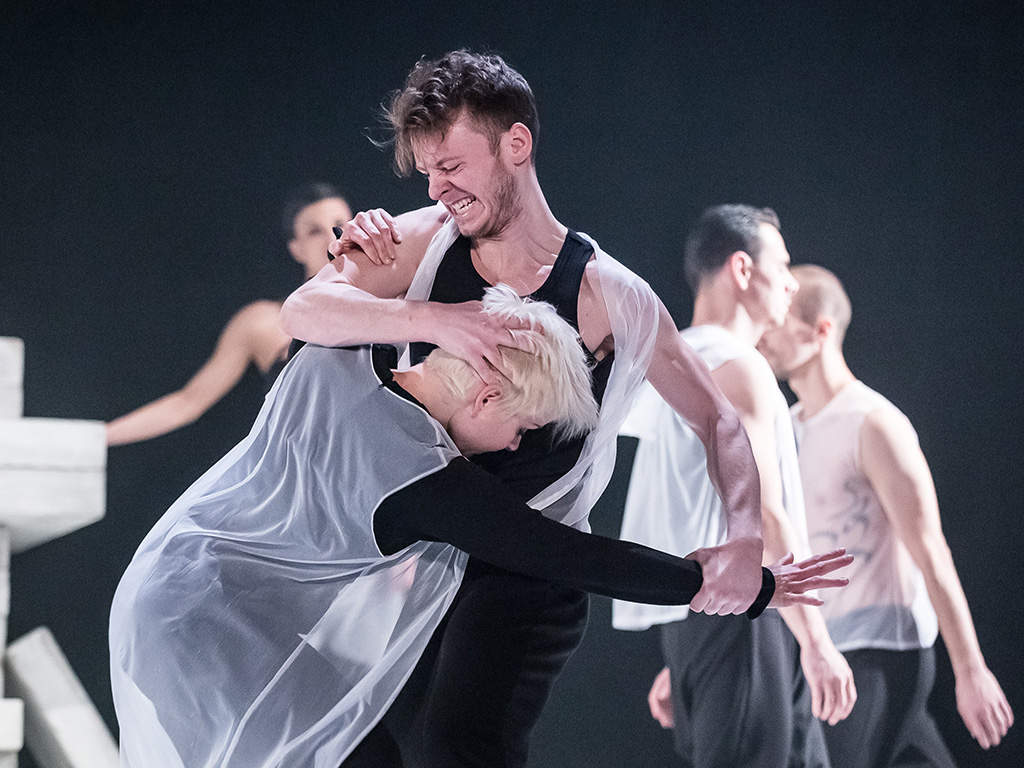 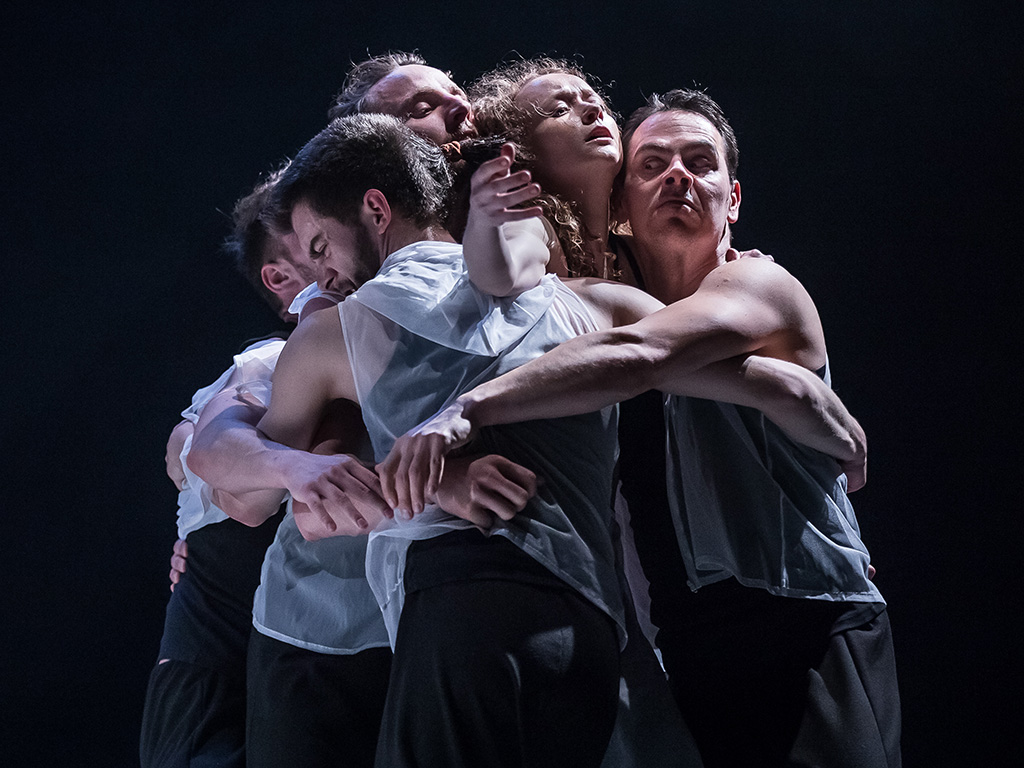 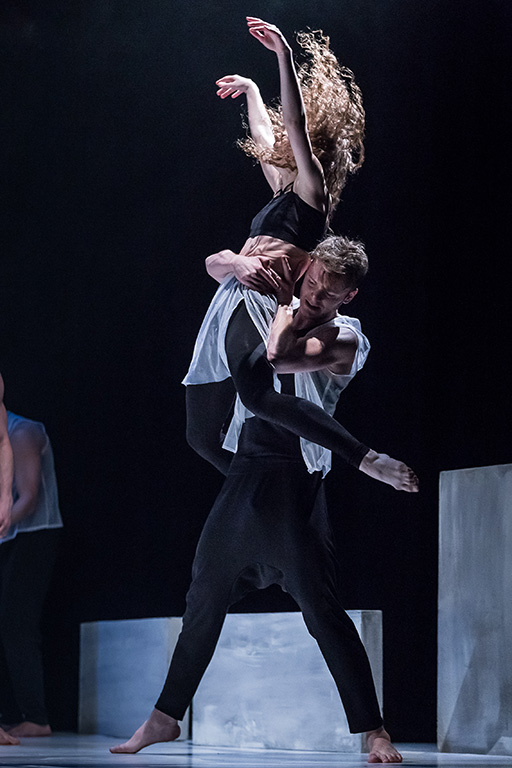 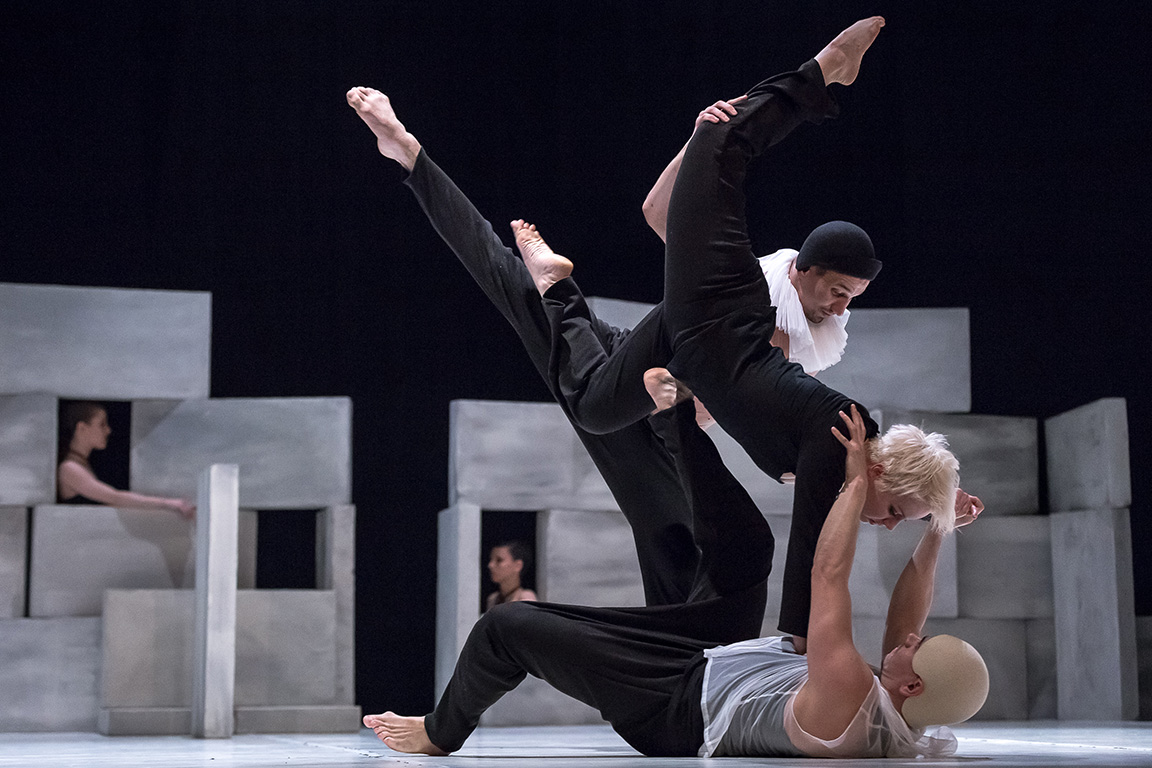 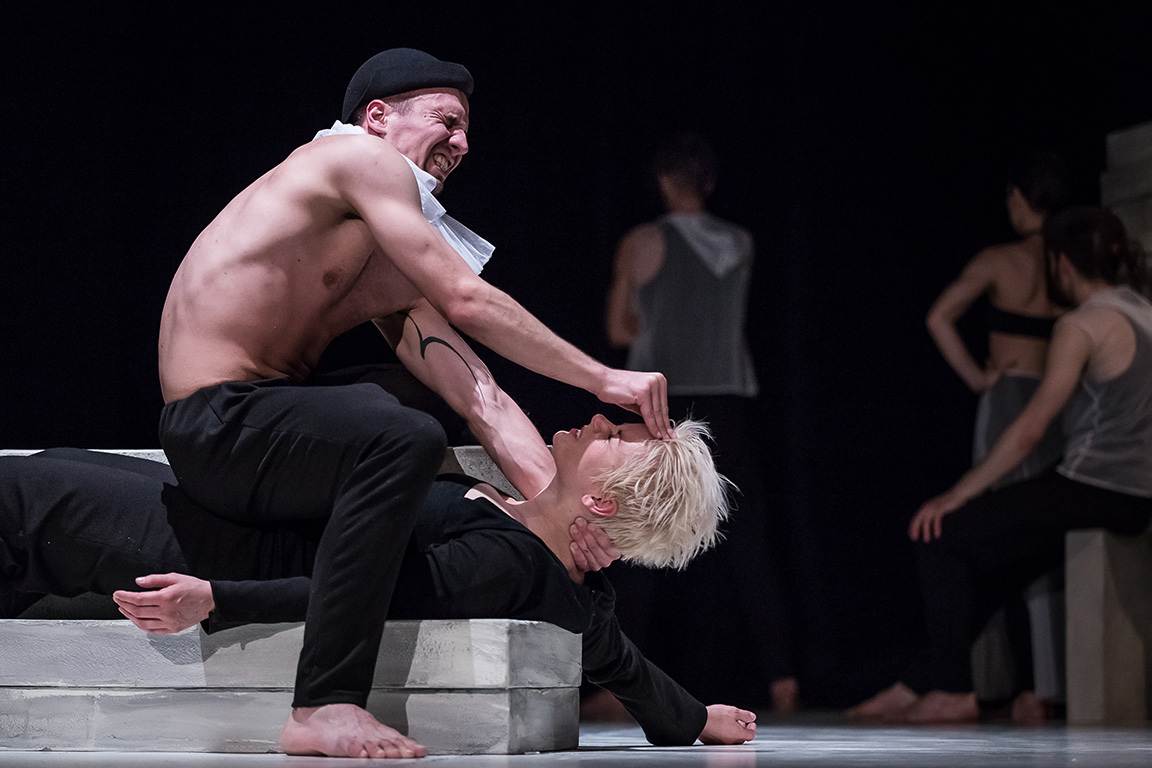 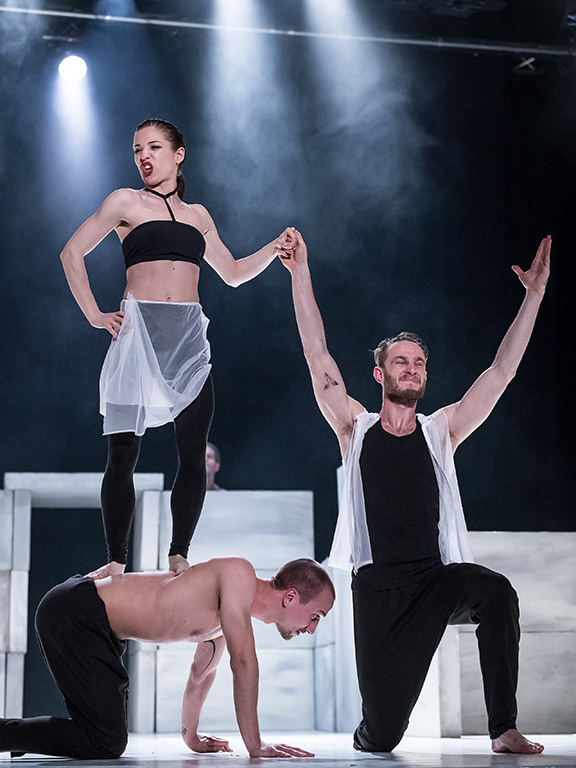 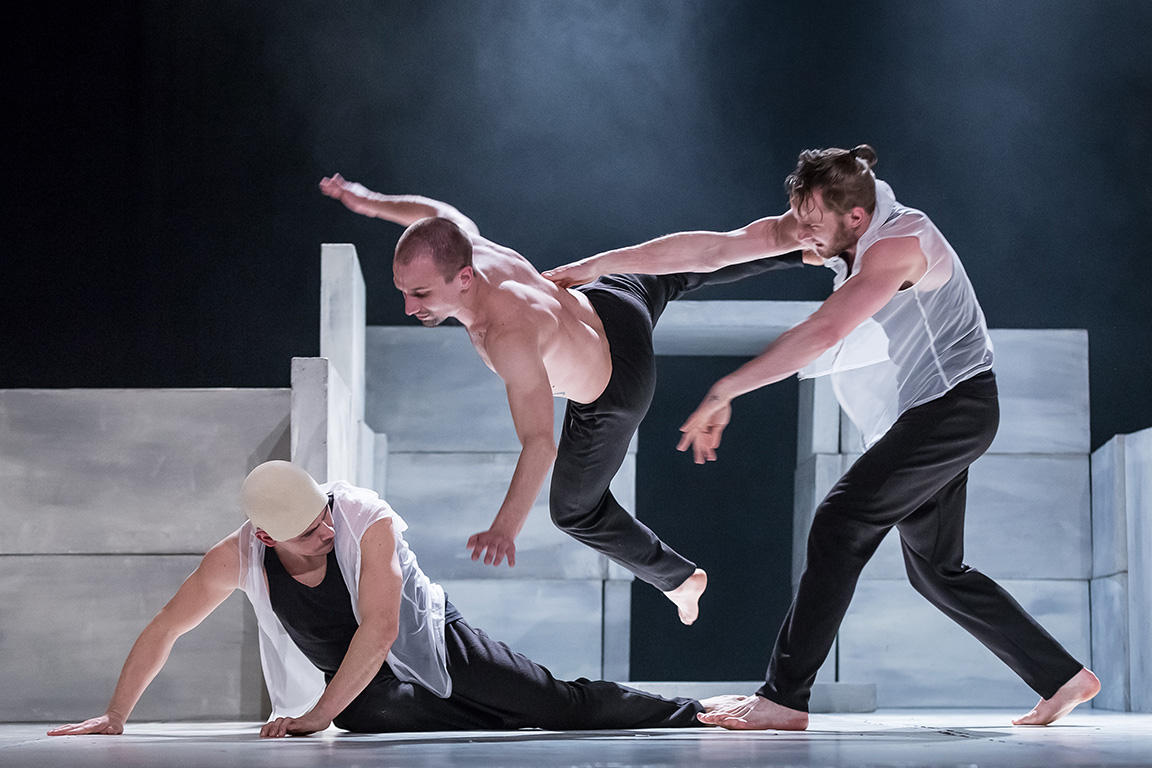 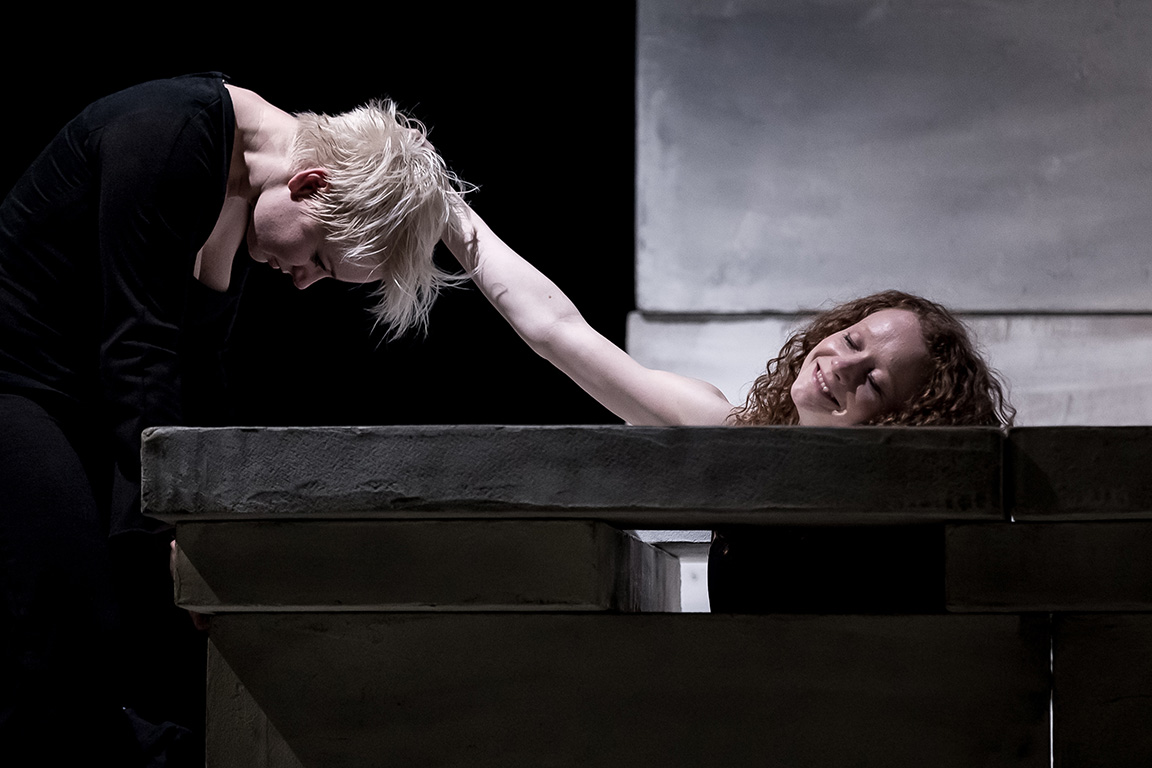 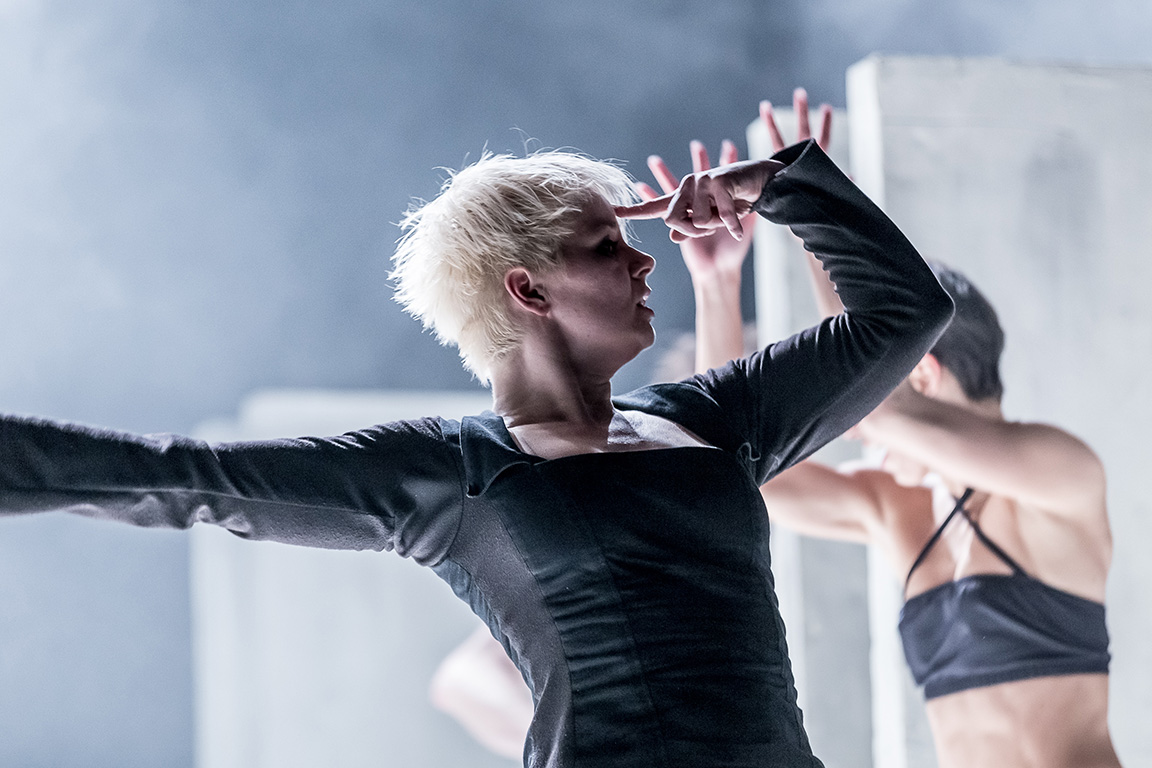 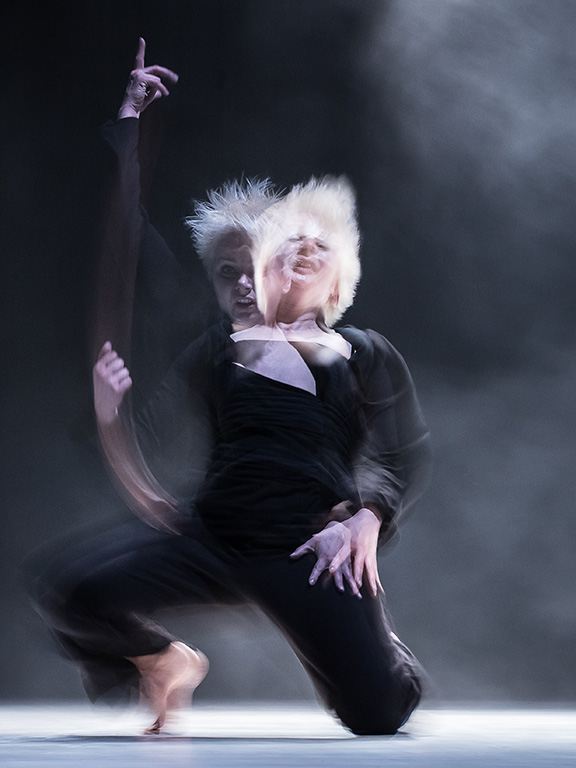 A year after making Simeon, Marton Csuzi got his second chance to choreograph. Along with a stage director, Artur Szőcs they chose Shakespeare’s King Lear to create a physical theatre show. They started with making a radio play edited from previous stage versions within different interpretations of iconic Hungarian actors and actresses. Marton then choreographed the chosen scenes from the play, using a very expressive movement-based language. At the end of the process, Artur instructed the performers to put an additional layer of acting on top of their performance. The twist in the story was that the leading role, King Lear’s part, was delivered by the artistic leader of the company, Eva Duda herself. It was a unique project in the history of our collective and was the first experiment with involving the tools and methods of straight theatre into dance.