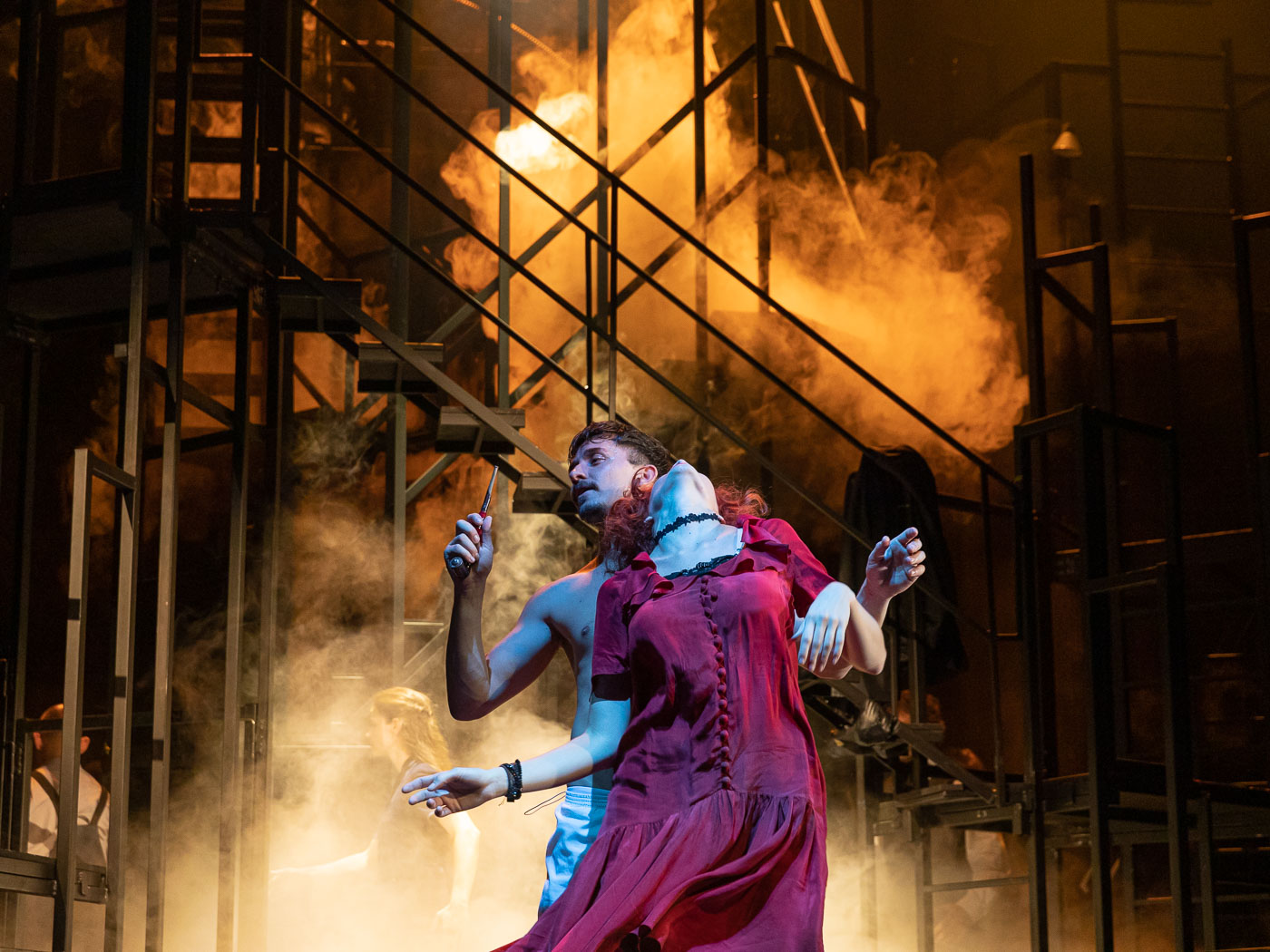 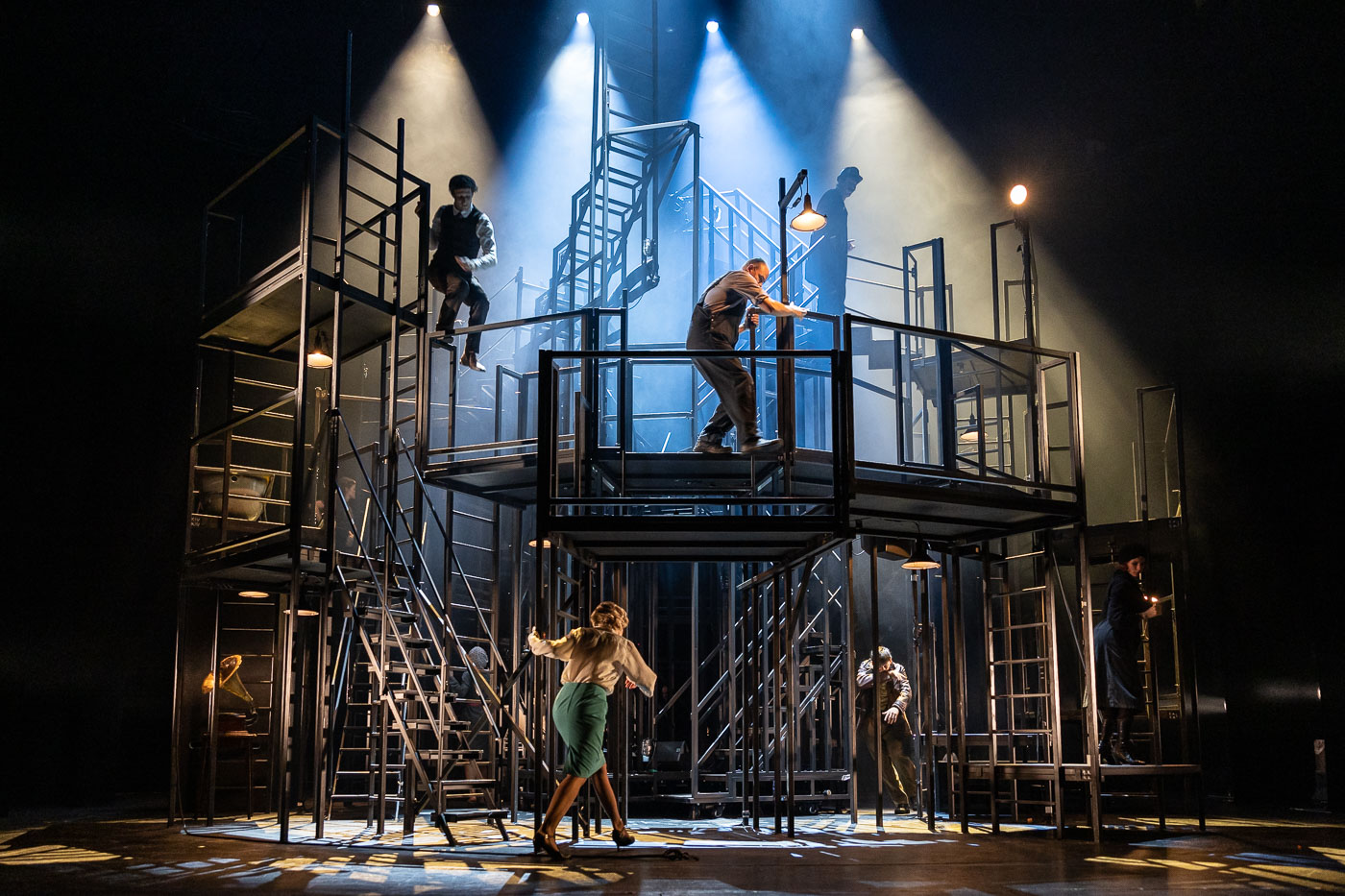 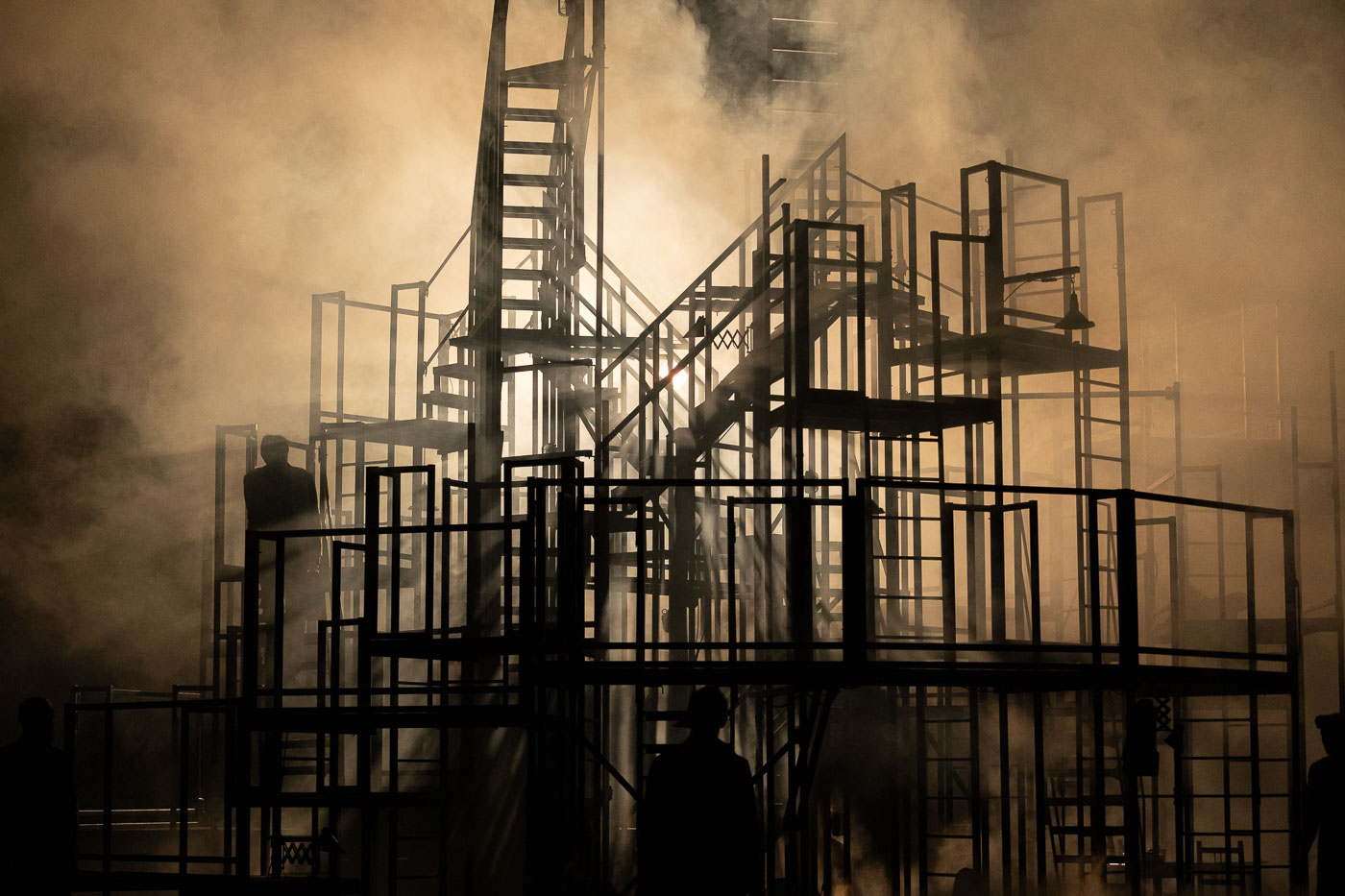 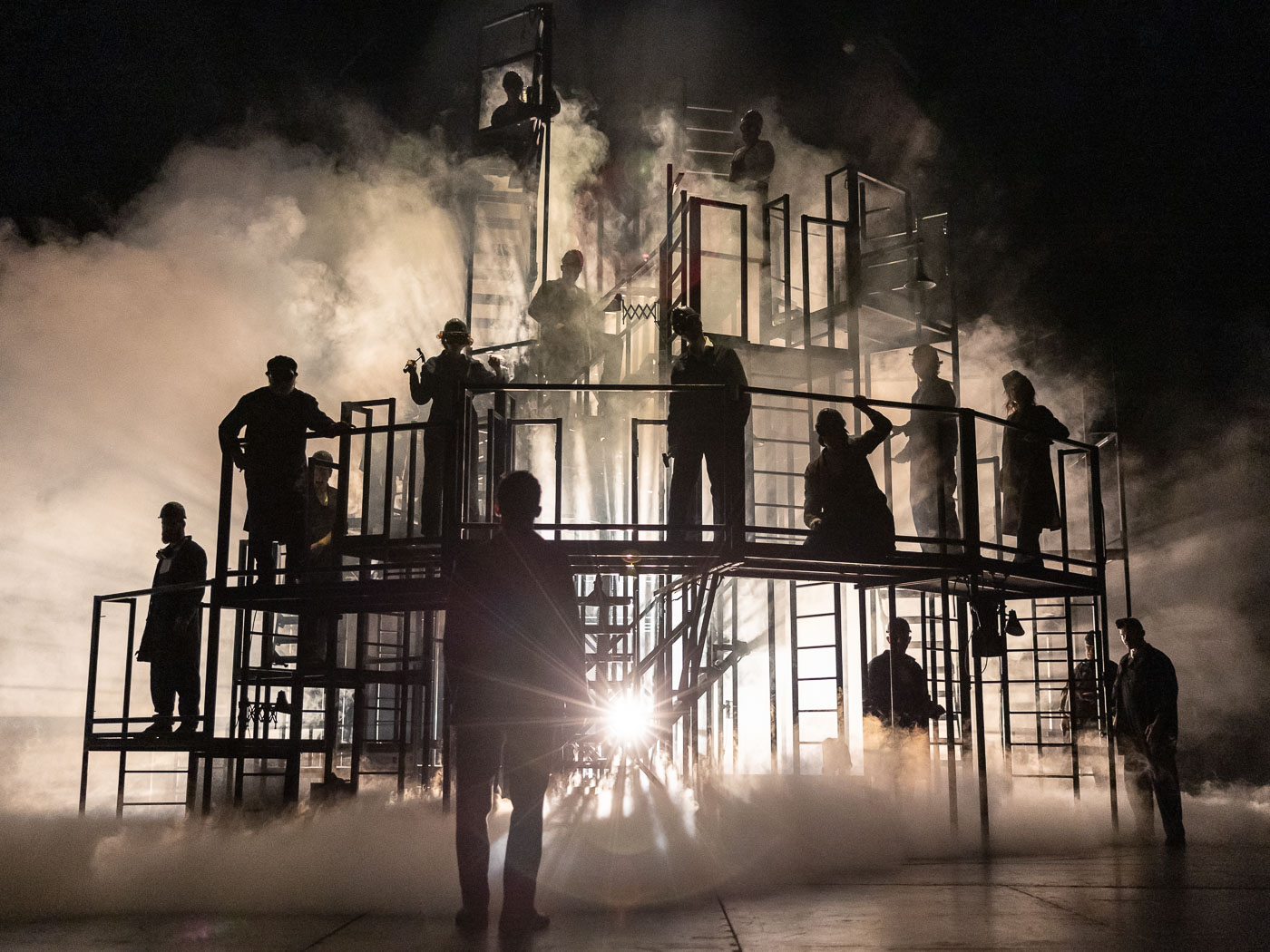 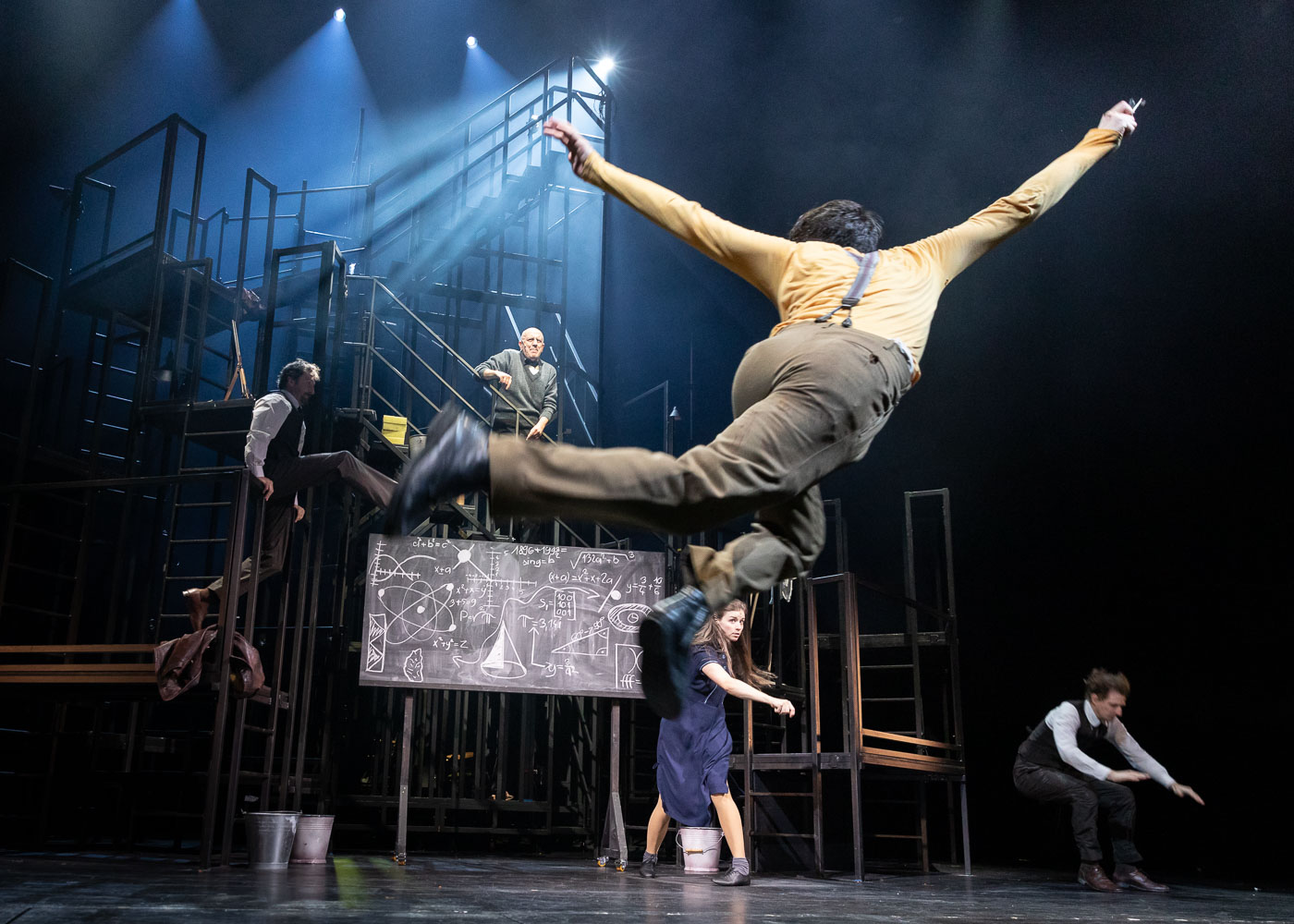 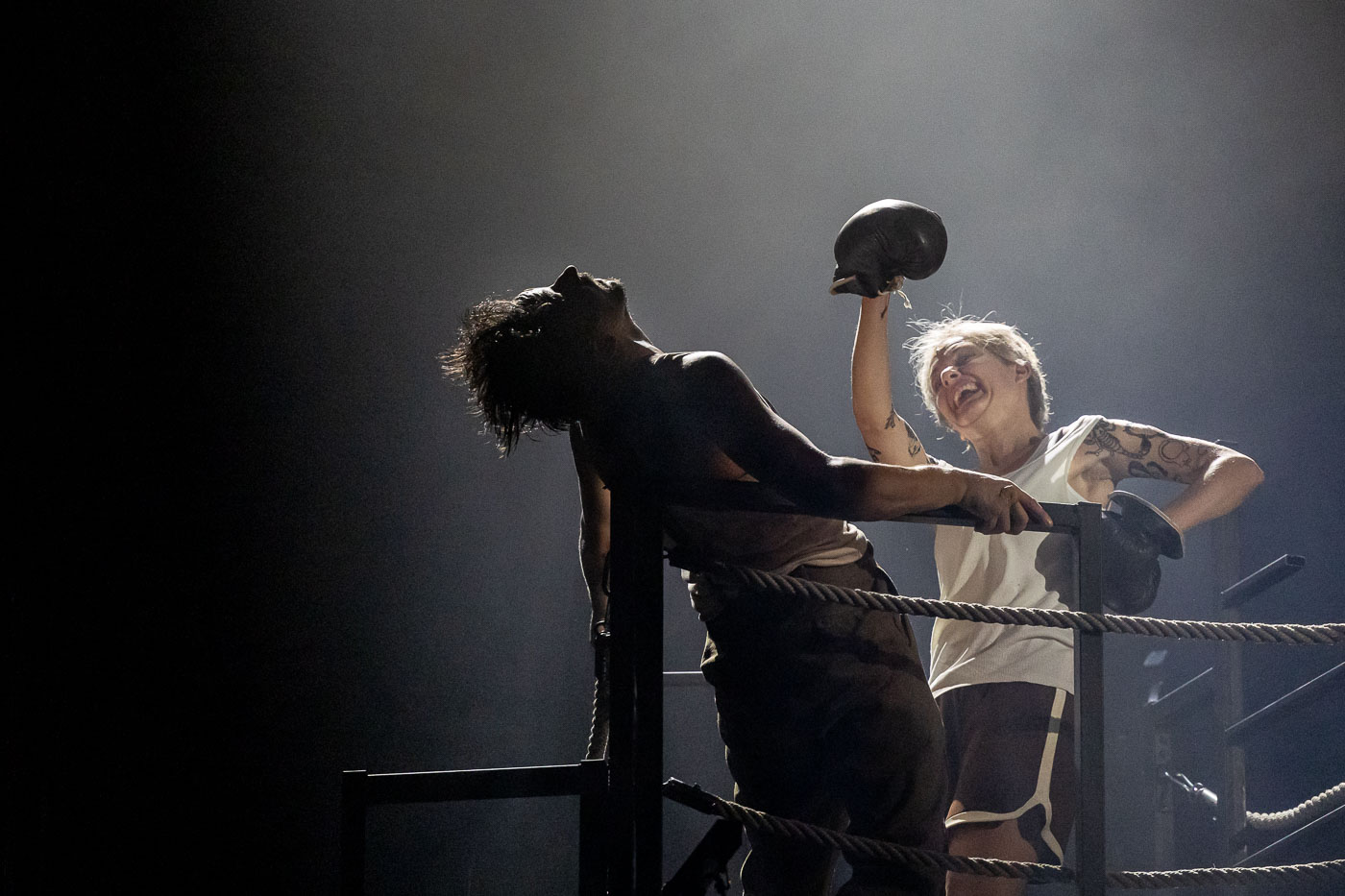 Recently, there was the premiere of the unusual stage adaptation of the novel Franz Kafka: The Castle at the Vígszínház. The performance directed by Viktor Bodó is choreographed by Éva Duda, who has worked as a guest artist several times on the main stage of the Comedy Theater Budapest. Earlier, she was the choreographer for Fiddler on the Roof, They shoot horses, don’t they?, The Beggar’s Opera.
The extremely imposing and monumental set provided plenty of opportunities to shape the movements of the figures, and thus choreography played a major role in the fabric of the entire performance. Attila Vidnyánszky Jr., who plays the main role, is present in every scene of the performance, with an overwhelming performer’s presence and unsurpassed acrobatic skills. Existence in an unusual space and mastering the director’s absurd acting style was a great challenge for all the actors in the production.
On a dark, snowy winter night, K, the surveyor, arrives in the village, over which the castle of Count Westwest towers. K was assigned to land surveying work, but no matter how hard he tries to get up to the castle, he fails to contact his clients, only the locals, who in turn received him with suspicion. Maybe the castle doesn’t even exist, but maybe K isn’t a surveyor either, although two assistants come to him the next day… Viktor Bodó stages Kafka’s novel with his usual absurd fantasy and grotesque humor.
The performance can be seen all year round on the main stage of the Comedy Theater Budapest.