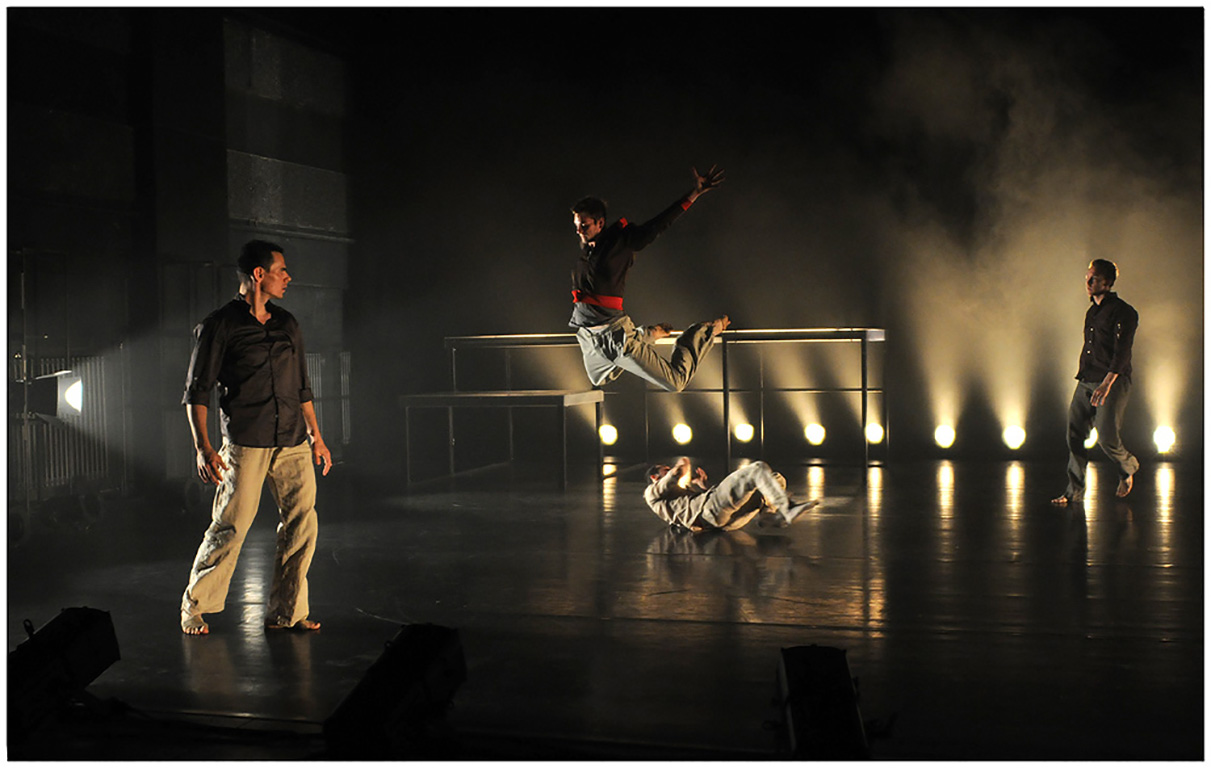 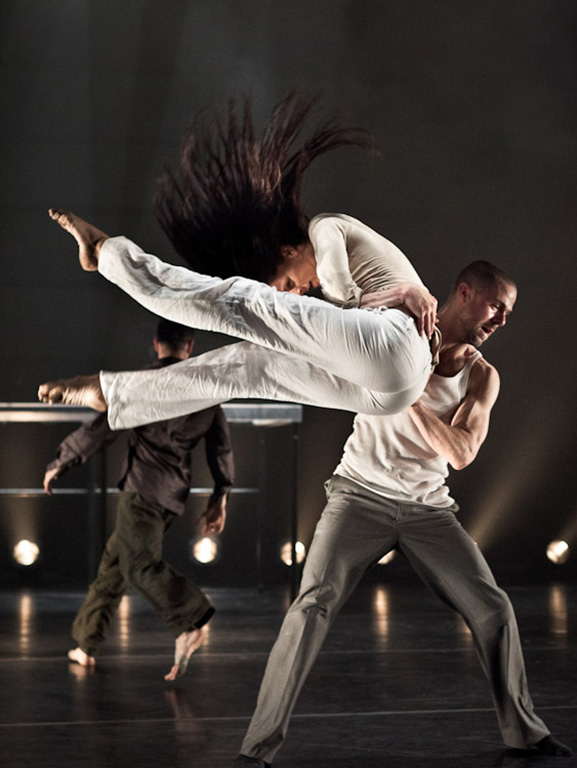 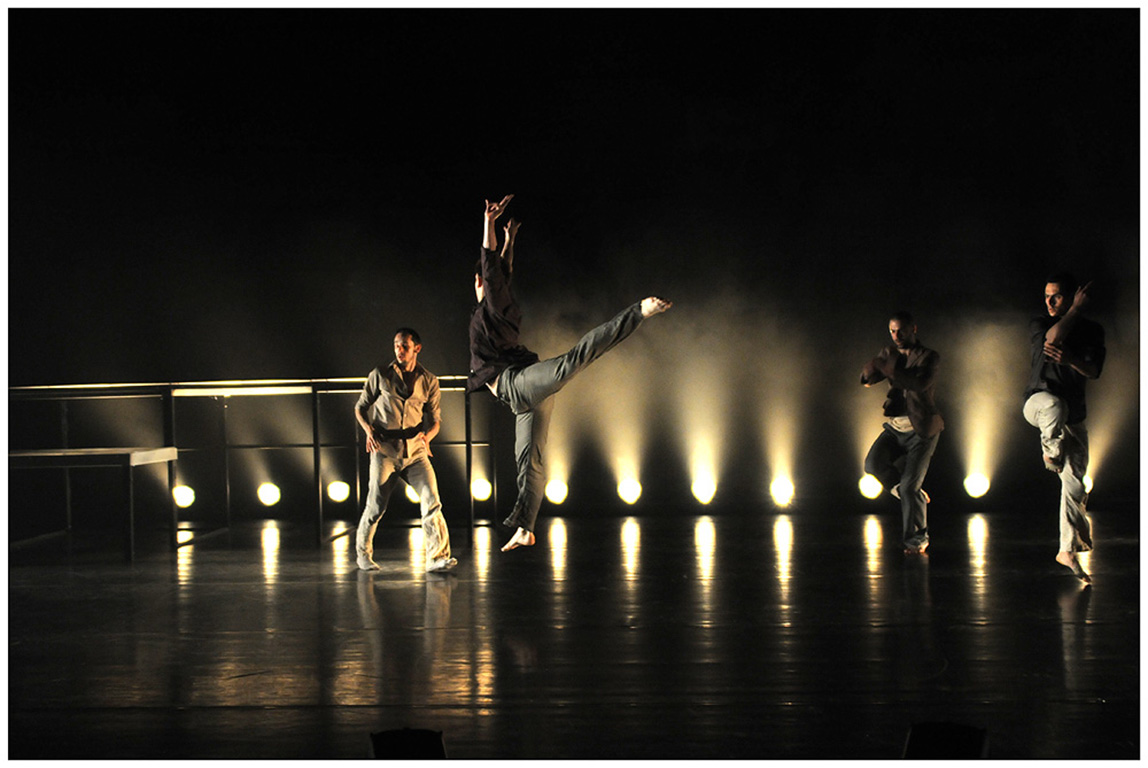 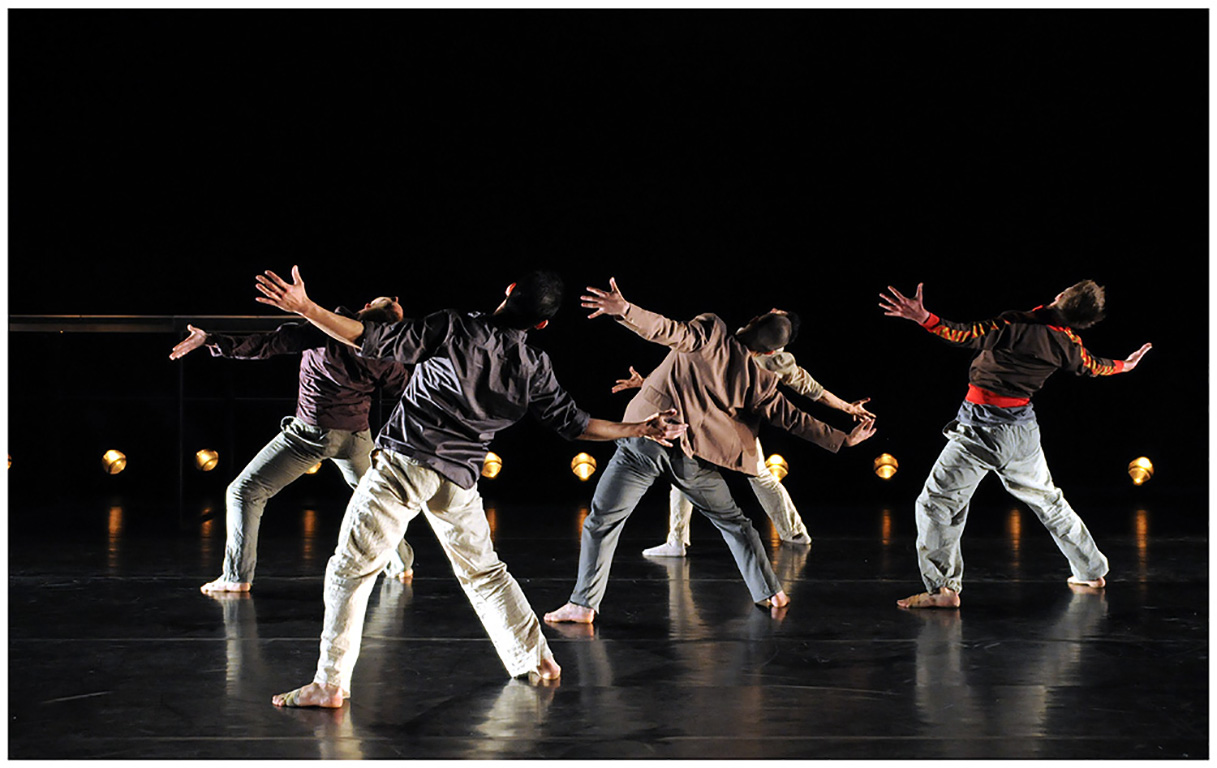 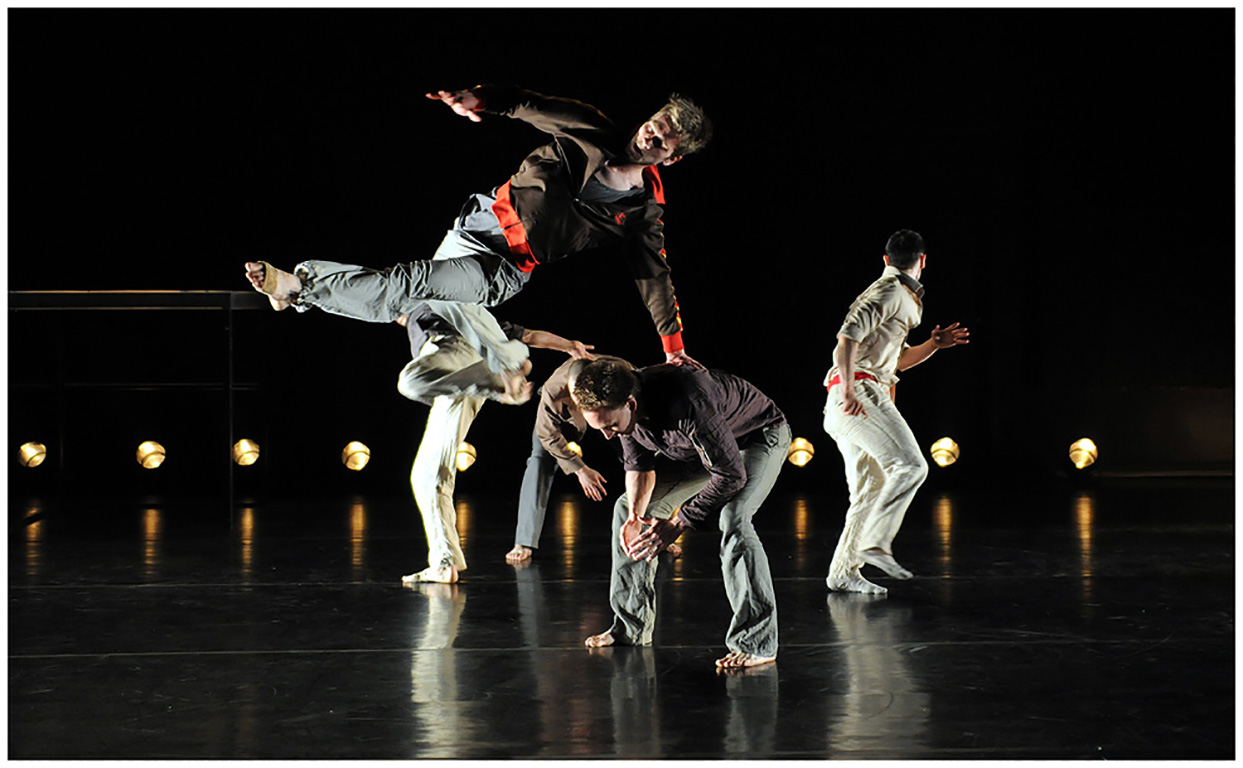 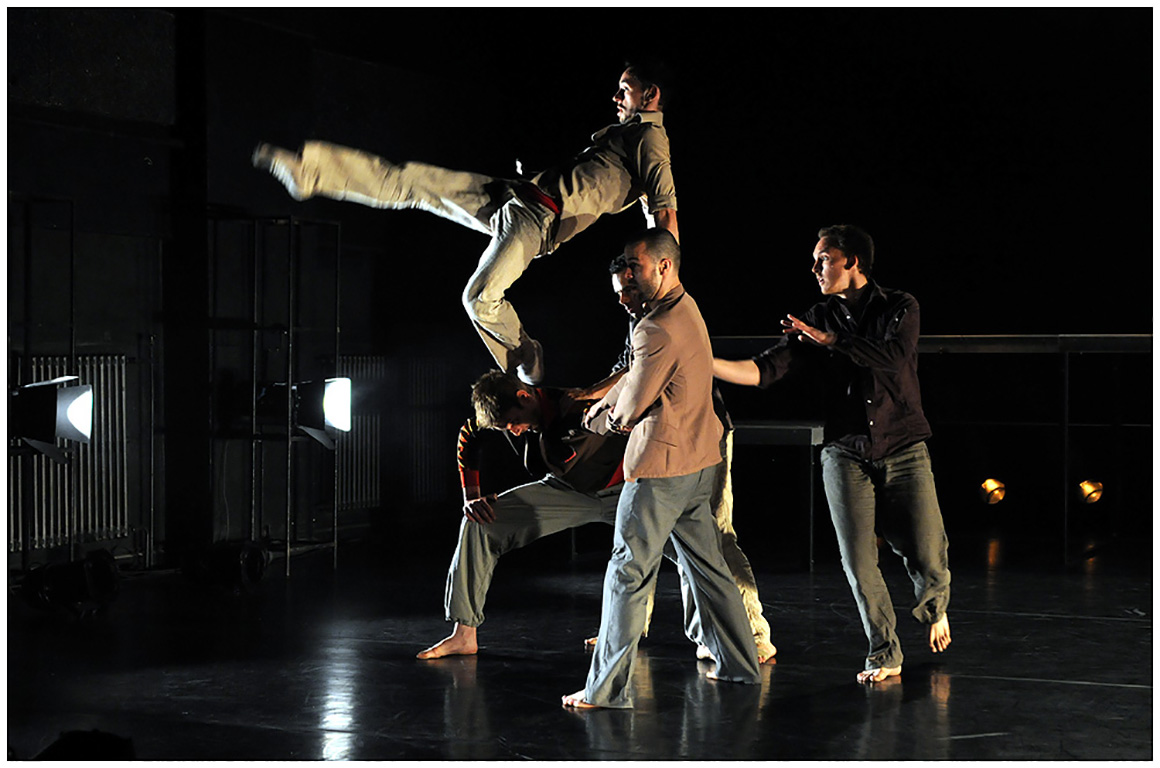 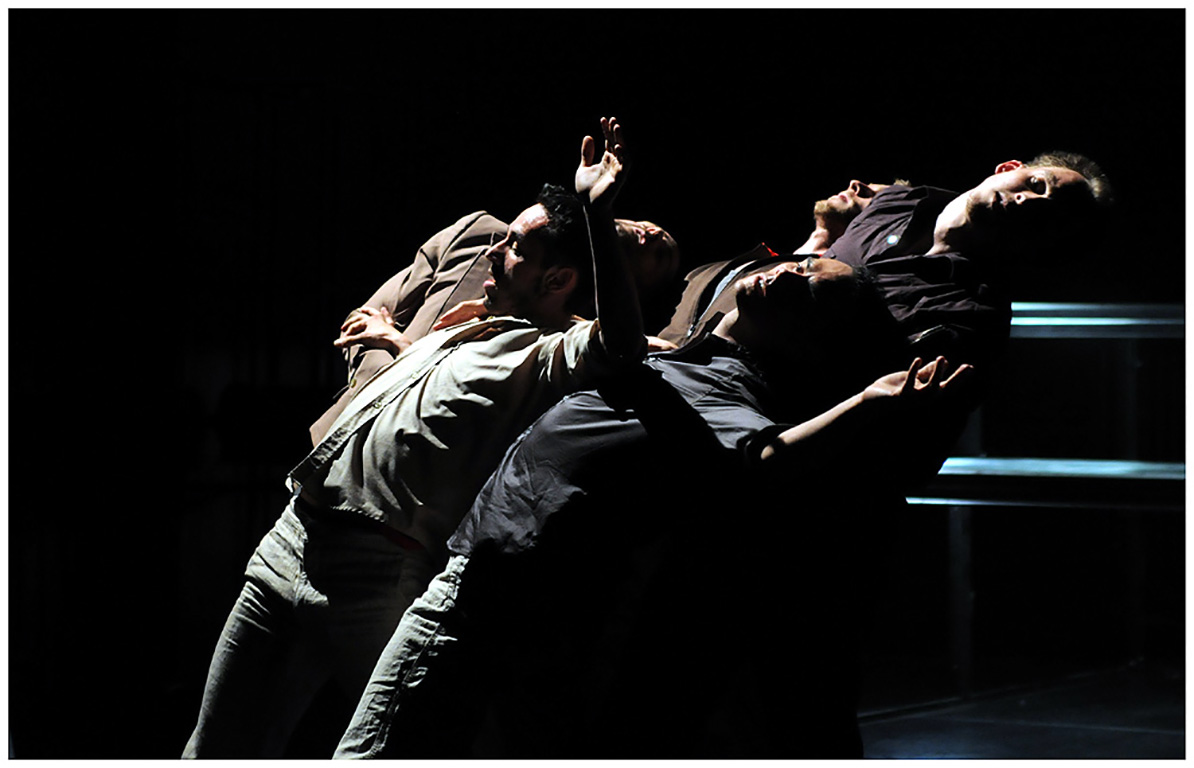 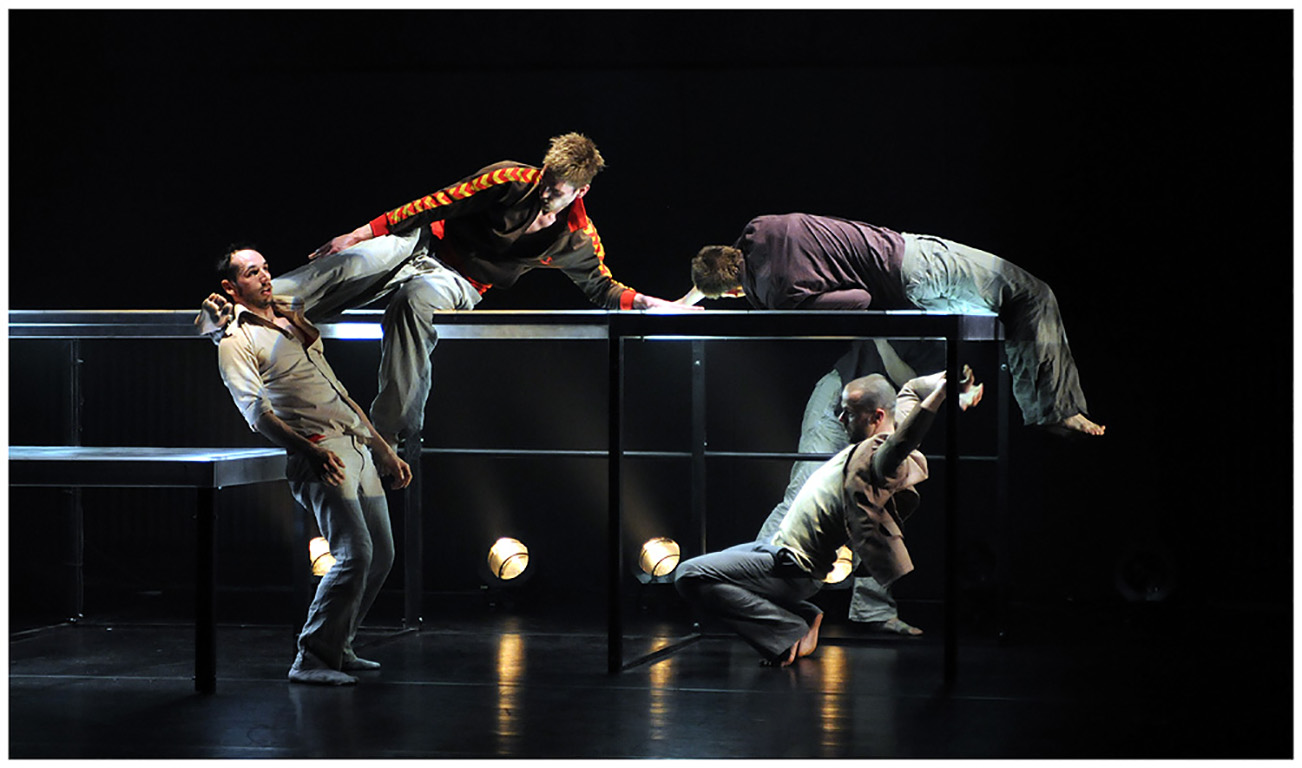 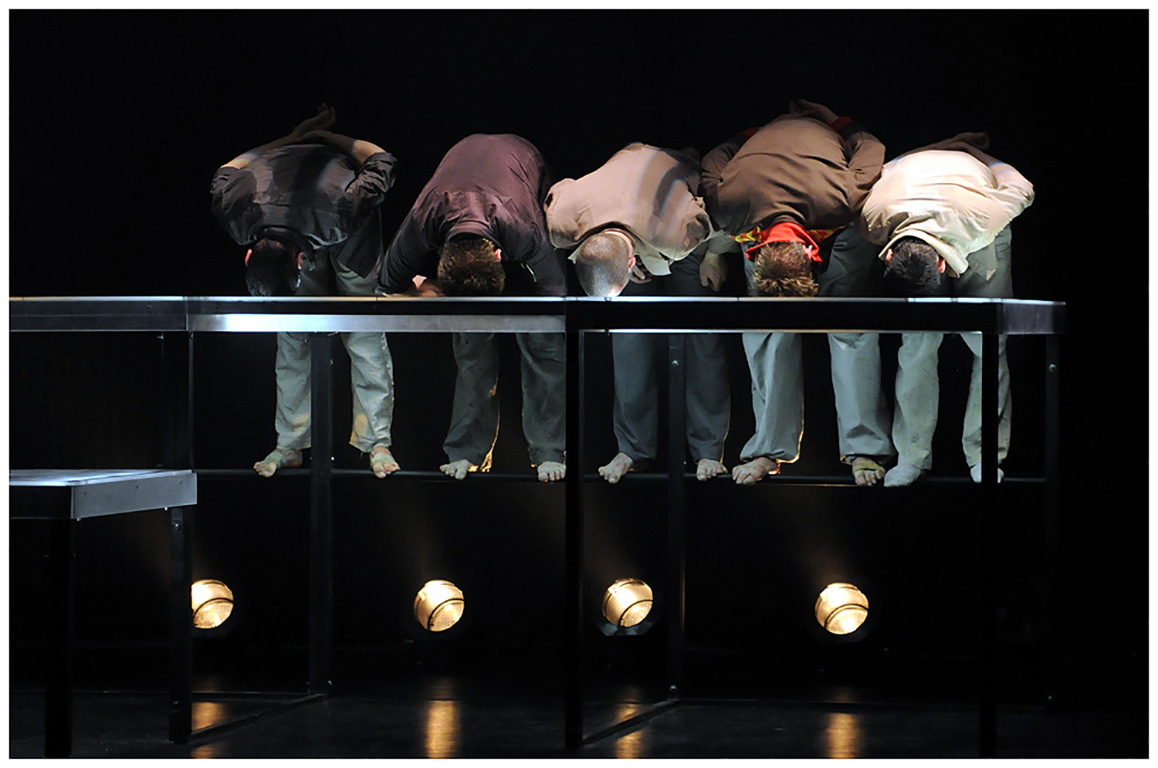 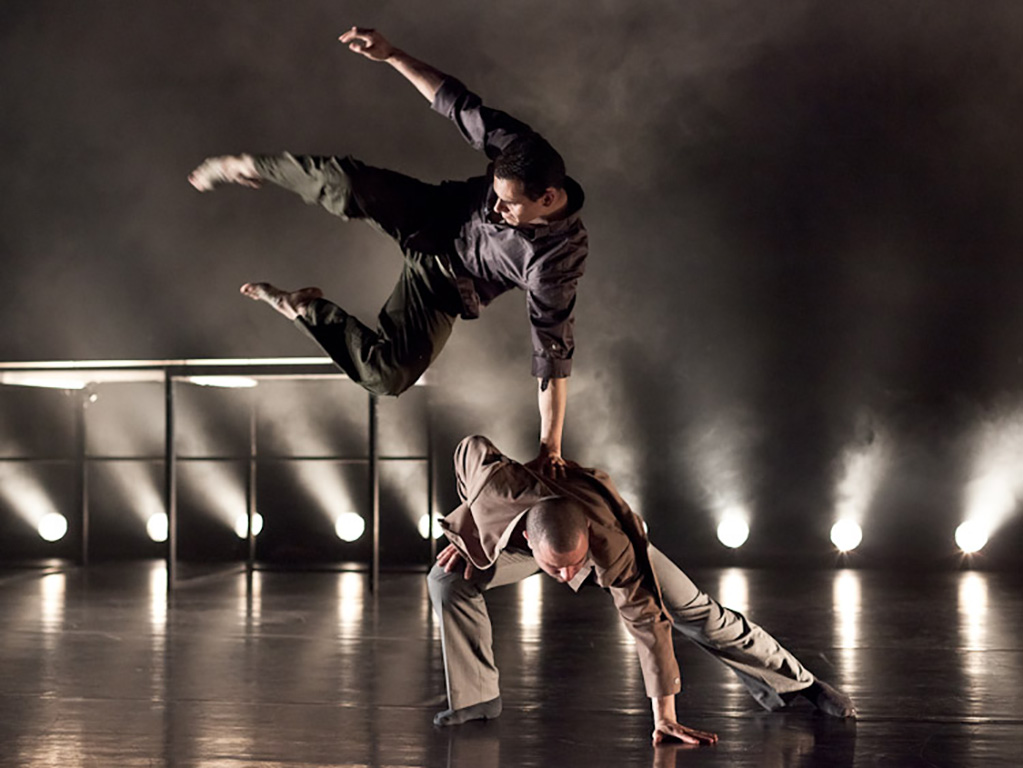 Rumble highlights the obvious and hidden sides of masculinity, bringing forward its most sensitive, darkest, funniest and most violent features. We see men fight each other, having fun together, being vulnerable or becoming aggressive, interacting with women sometimes coercively sometimes gently. The show is dominated by dynamic partnering and precisely choreographed, highly intensive, acrobatic movement materials, which express the urge of becoming an alpha male.. The atmosphere is harsh and heavy but intelligent humour pops its head when it’s most needed. A singer and a rapper represent the internal voices in the men’s heads: they tell the deepest secrets and thoughts of a man’s mind, which brings the audience closer to understanding the primal motifs and drives of the homo ludens.