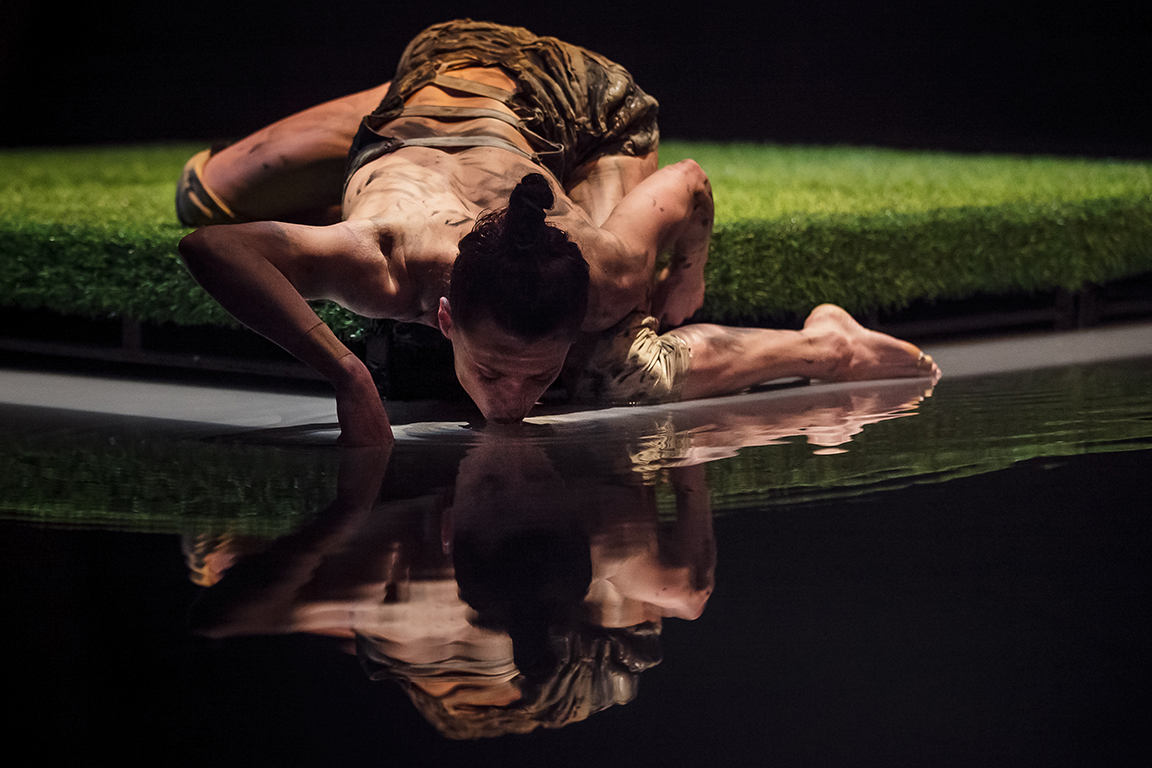 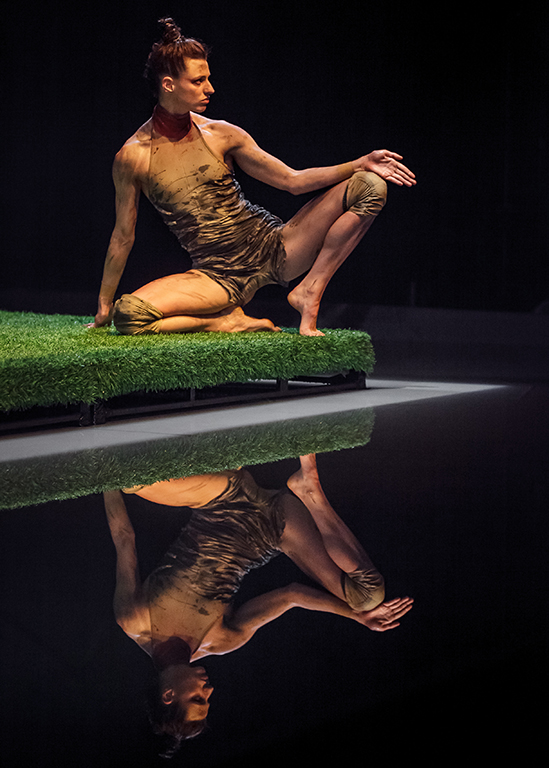 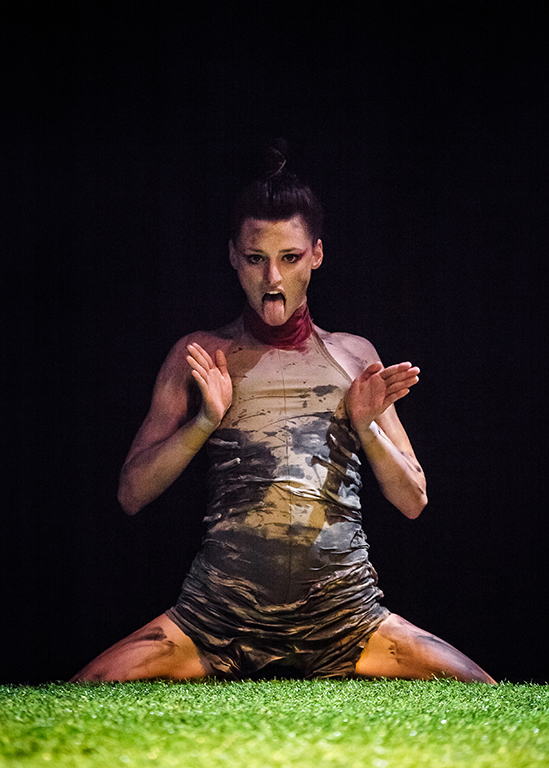 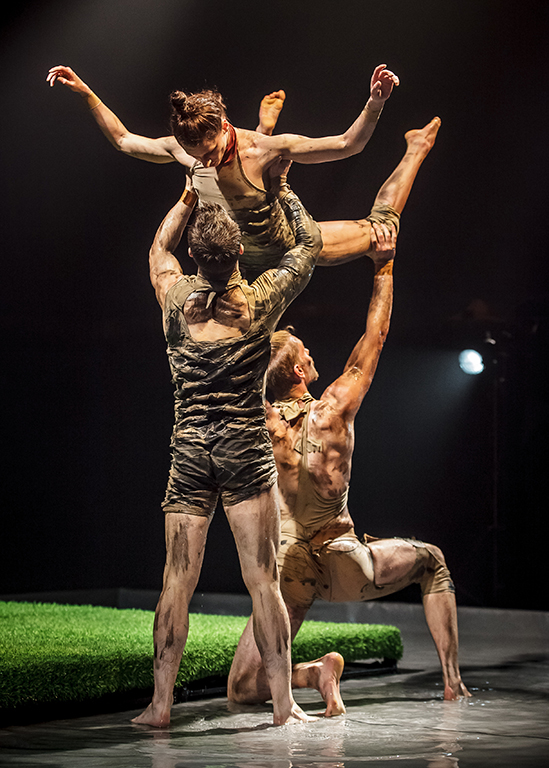 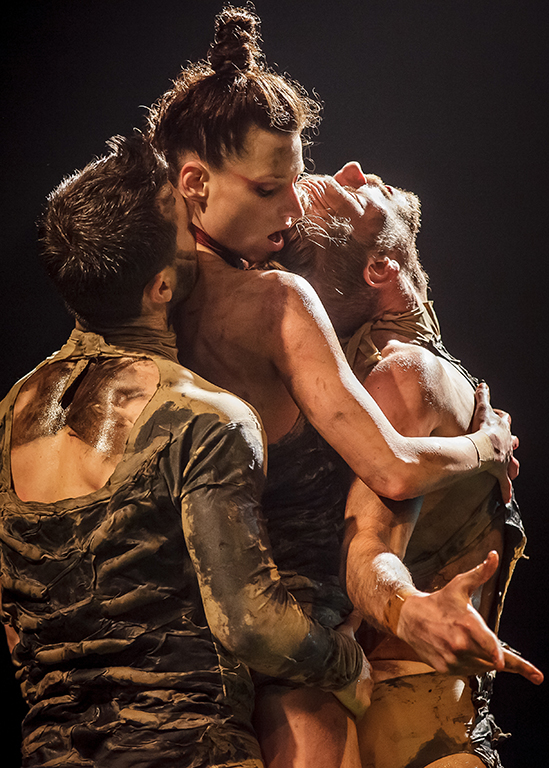 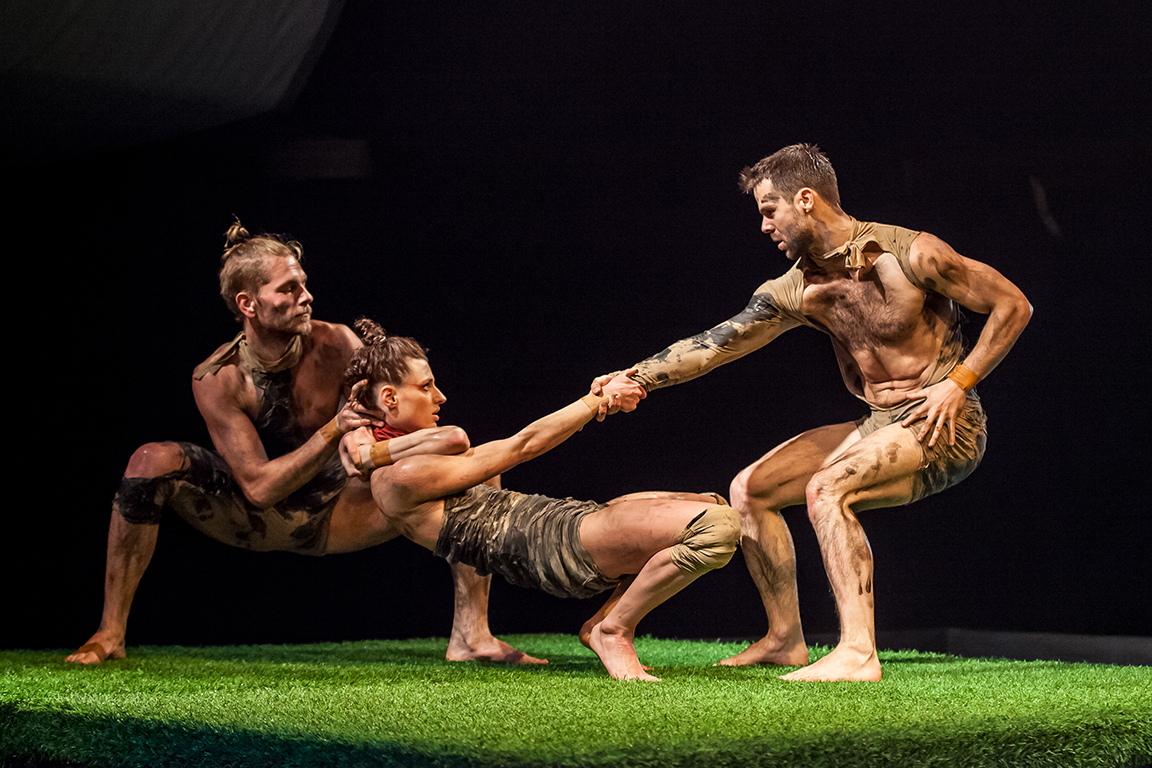 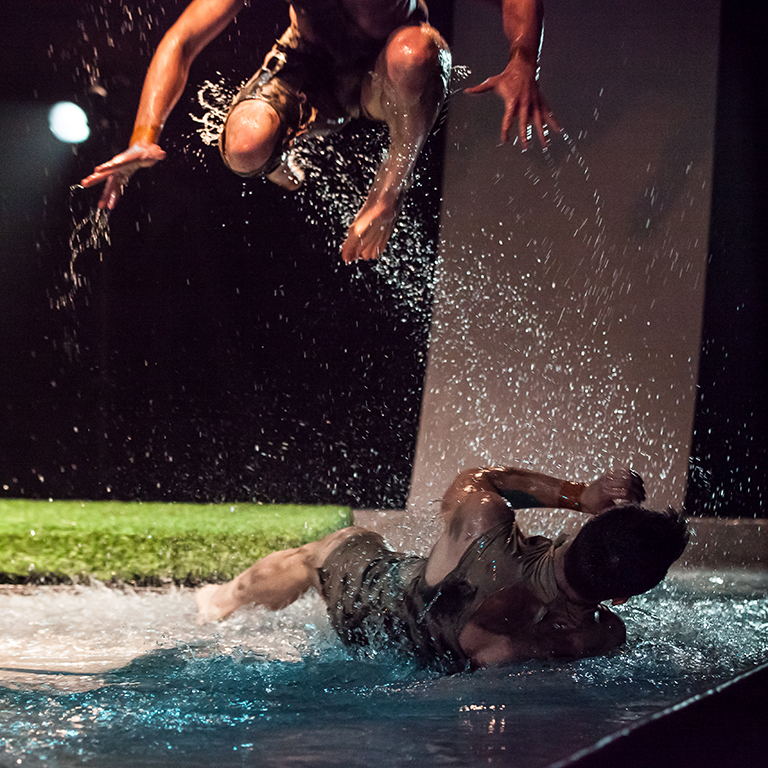 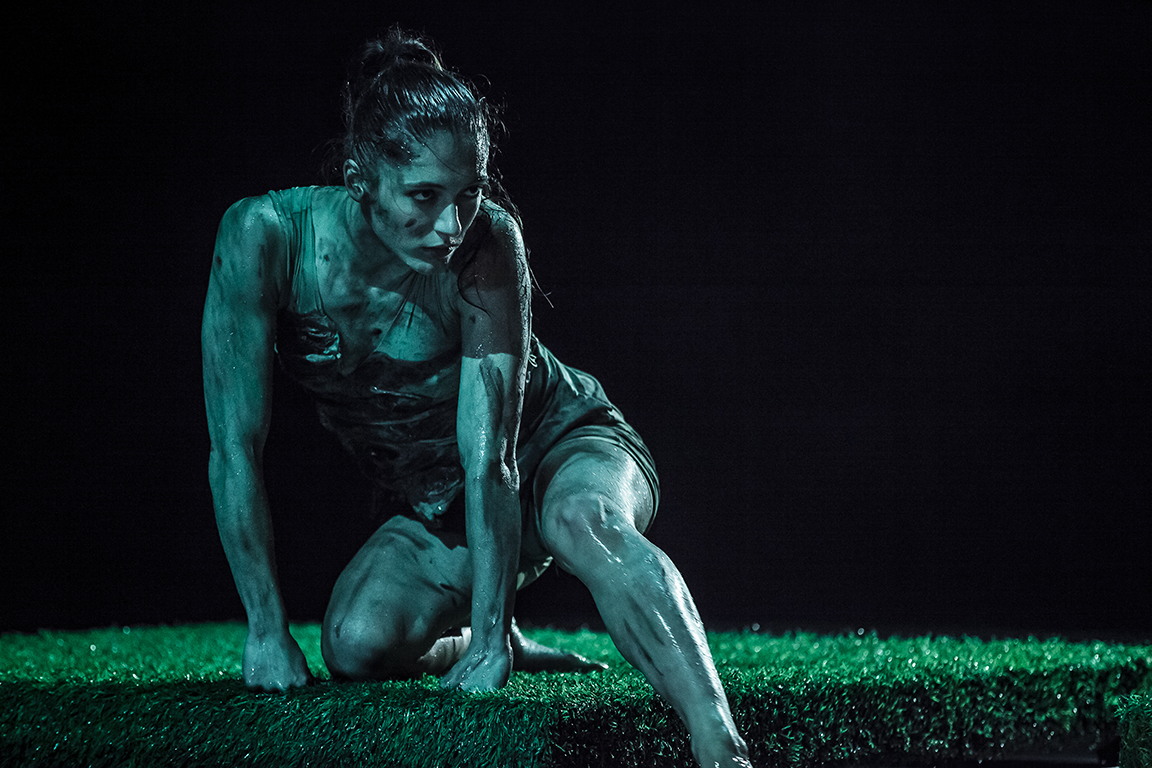 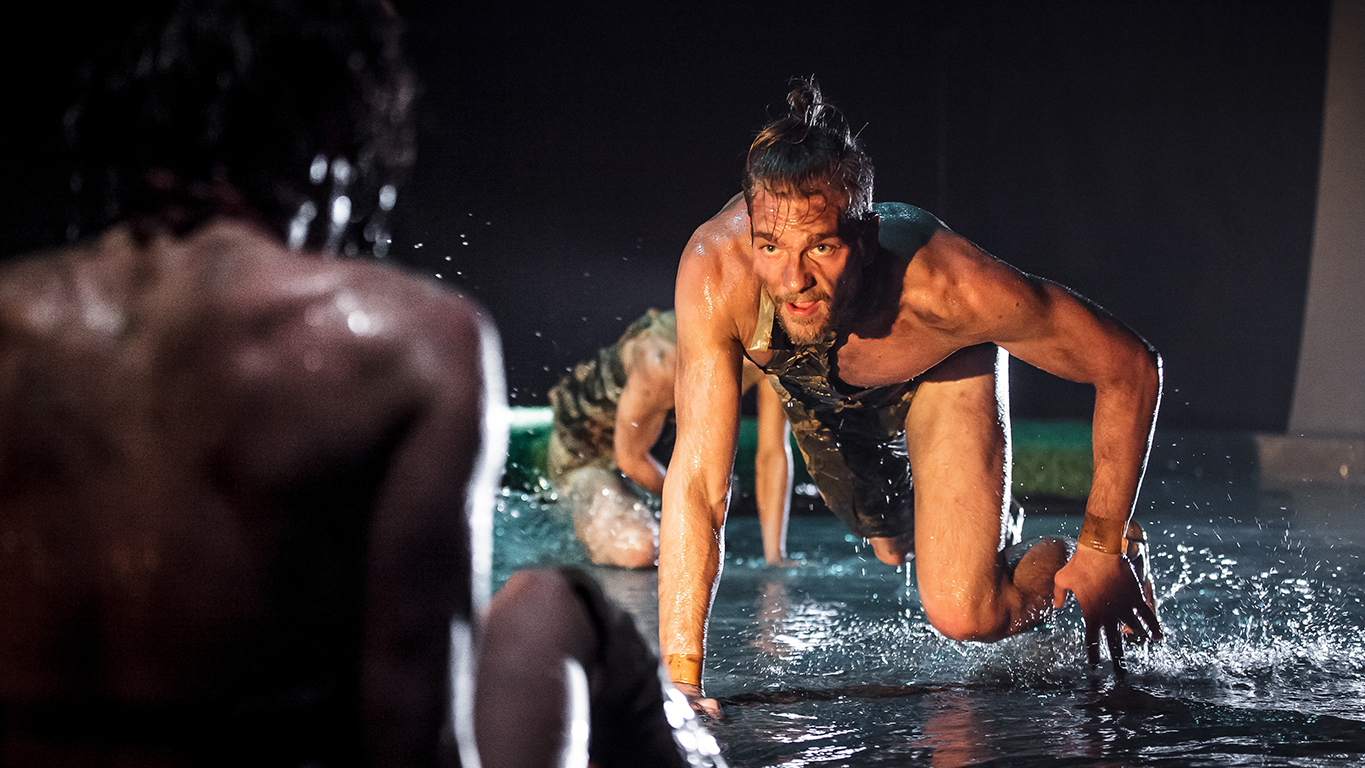 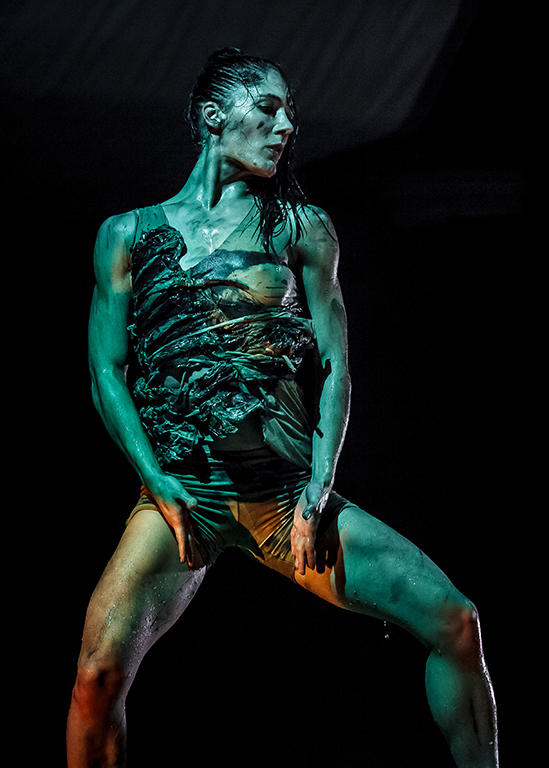 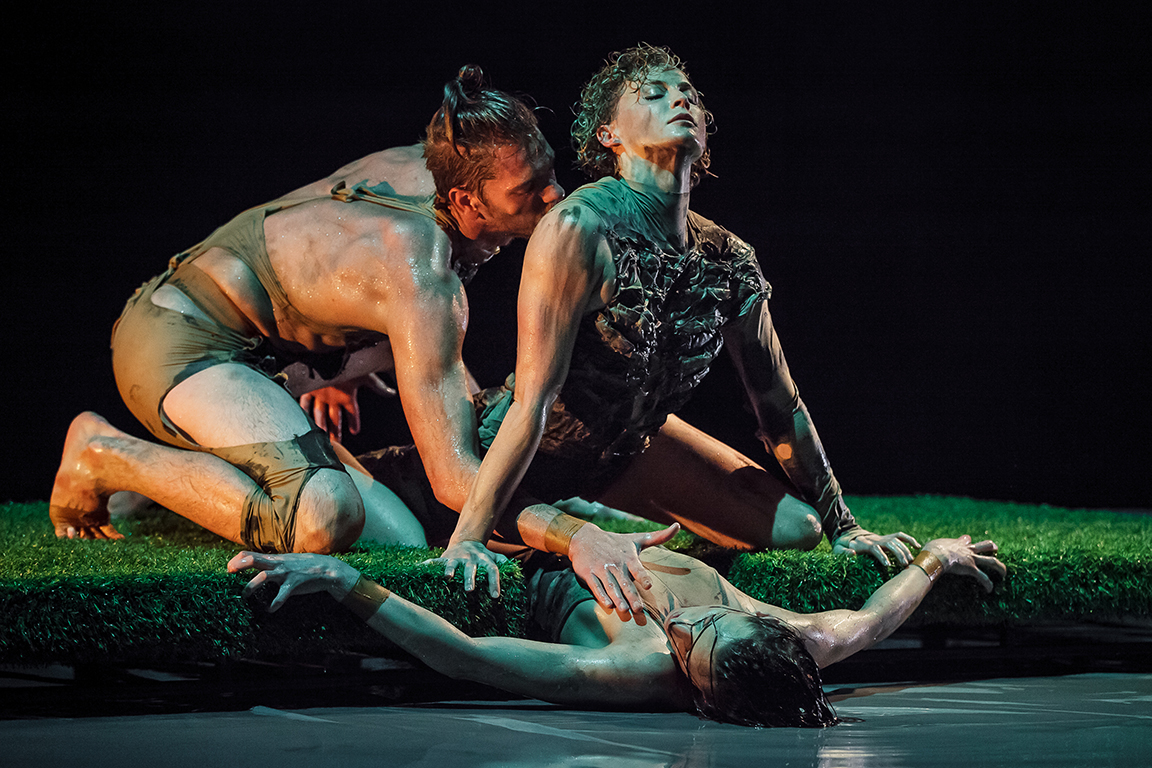 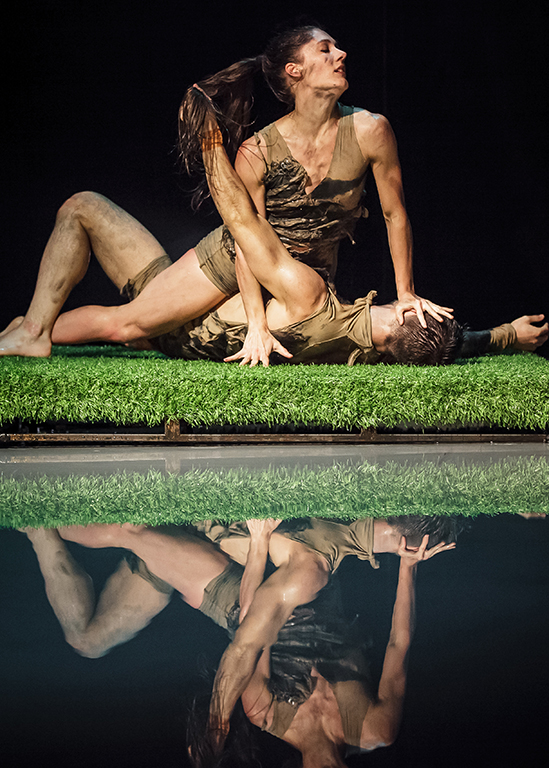 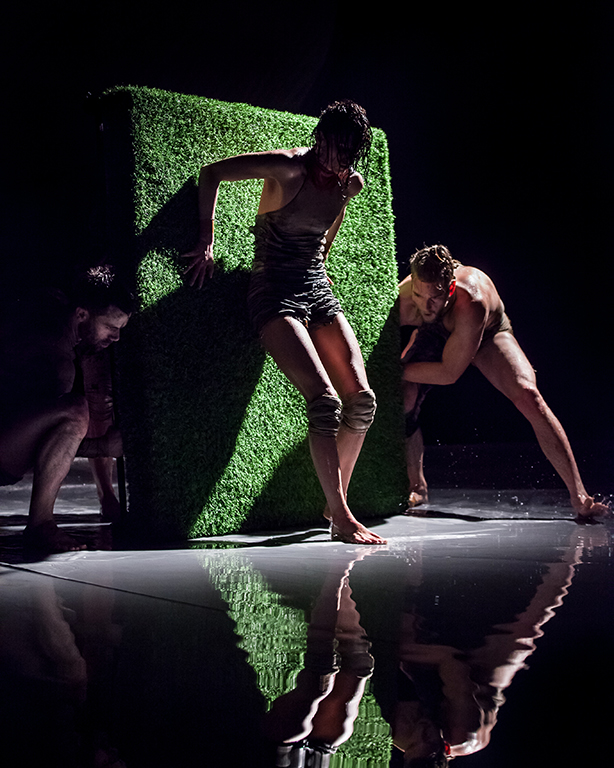 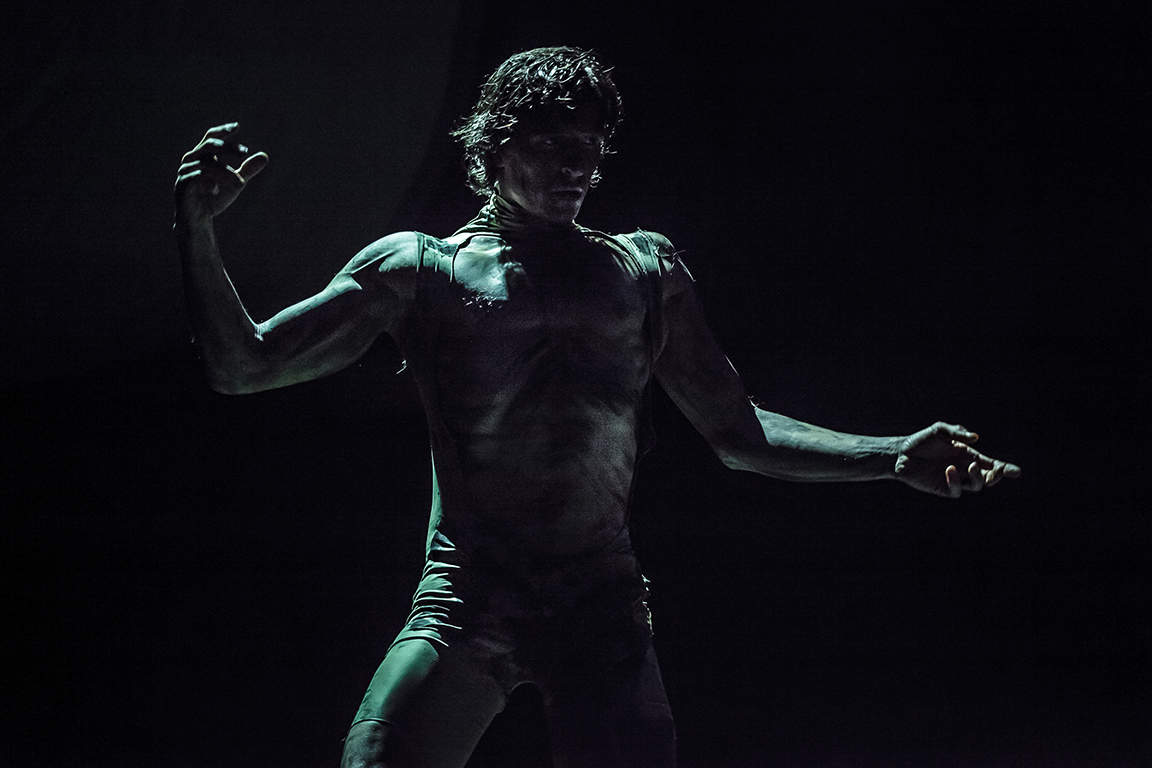 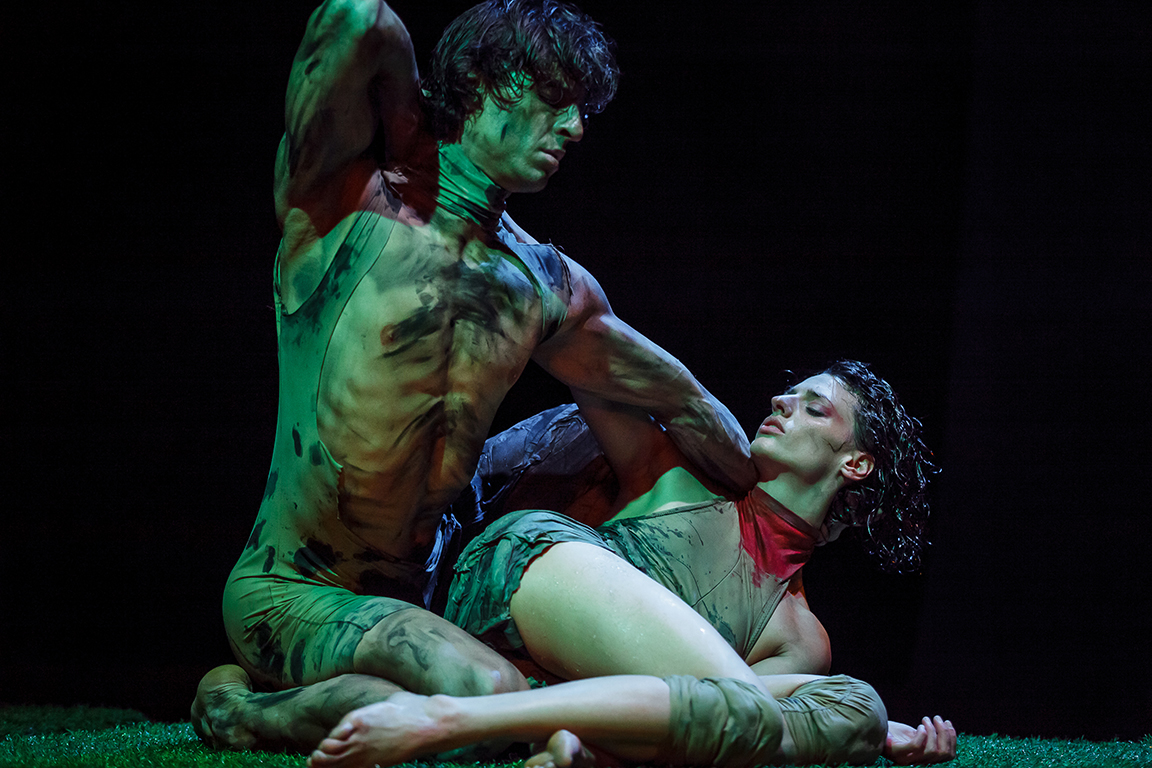 Inspired by the mystical- mythological figure of the faun, and by one of the most renowned interpretations, Afternoon of a Faun by Vaslav Nijinsky, Eva Duda created a thrilling and sultry fantasy world in which the Faun is performed by a single female dancer. The lonely faun opens up to strangers, her desires get fulfilled by heated interactions with other wild souls from her and our imagination. She surrenders to these weird creatures, until her curiosity gets exploited and she gets ruined, humiliated and emptied. All of the action takes place on water and grass, where everything is wet and slippery, evoking a world where our souls transform themselves back into an instinctive, animalistic, primal state. An impressive and passionate carnality, sliding on and flowing with the water, as well as its almost transfigured performers make Faun one of the most popular and expressive shows by the company.

50 minutes of wandering in another dimension