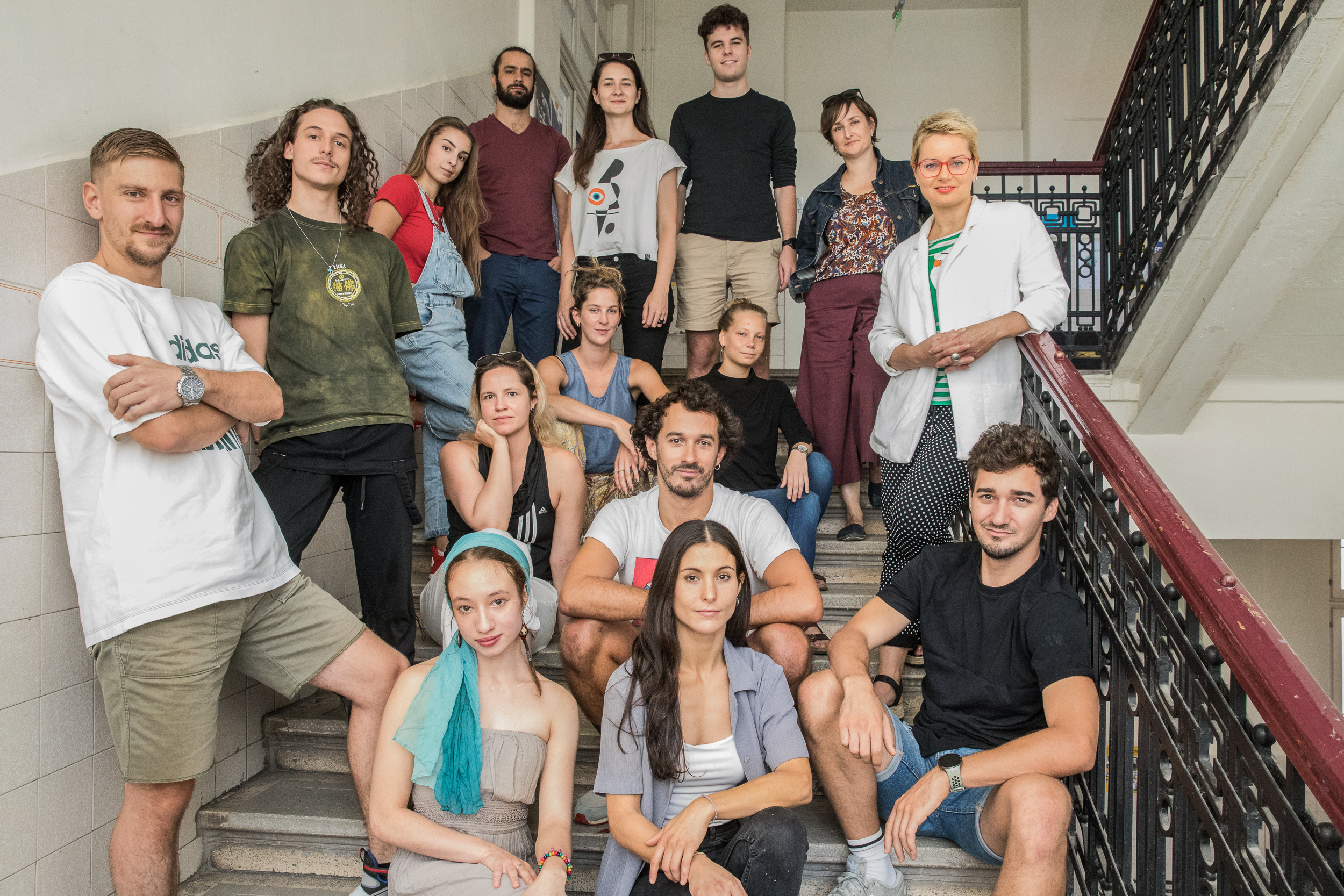 A few months ago, we announced our summer tour, since then the Company has performed at many international and domestic festivals from Kapolcs to Šibenik, through Cologne to Gyula.

This season is also off to a strong start, Éva Duda has worked as a guest artist several times on the main stage of the Vígszínház, where previously collaborated as a choreographer for the works entitled Fiddler on the Roof, They Shoot Horses, Don’t They? and The Beggar’s Opera. After seven years, at the beginning of this season, she is creating a special and unique movement world for the unusual stage adaptation of Franz Kafka: The Castle. The performance is directed by Viktor Bodó, at whose invitation they worked together most recently at the Örkény Theater and in the spring in Stuttgart.

The Company starts the new season with remarkable programs: after RAMAZURI’s guest performance at the TáncPanoráma in Keszthely, they will perform at one of the capital’s most well-known cultural and fine arts events, Art Market Budapest, with a part of the performance entitled PRIZMA, made during the period of the coronavirus epidemic. They will arrive at the Infinite Dance Festival in Nagyvárad at the end of October with RAMAZURI, and then in November they will perform again in Budapest, on the country’s most modern dance stage, the National Dance Theatre. And on December 2nd, they will appear at the Müpa at an extremely prestigious event, the 2022 Prima Primissima award gala. As the most important event of the season, the team is working on a new show, which promises to be a real curiosity in the ensemble’s repertoire. Éva Duda is working on Frida Kahlo’s art again with a completely new concept, and in collaboration with the National Dance Theater they are preparing for a special and exotic show entitled FRIDA, THE MUSE OF LIFE.

The Company’s mission is to promote and introduce contemporary arts, including contemporary dance, to new audiences and wider social strata. In addition, in a more complex way, using the creative possibilities of art, it promotes a modern and sustainable approach through a wide variety of programs. Behind the popularity that has lasted for more than a decade lies persistent energy and tremendous teamwork. Unfortunately, despite such many years of effective and spectacular work, there is no solid ground under the organization’s feet. Uncertainty affects many segments of the cultural area, the previous operation has now become completely unplanable, so the team will soon start a supporter campaign to stabilize its survival and long-term operation.