We are preparing for a new premiere! 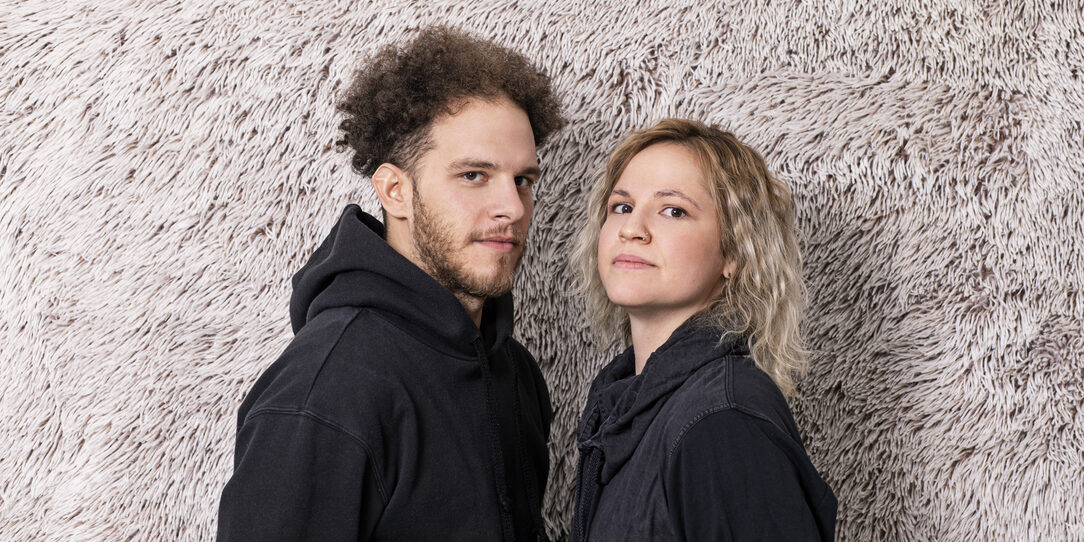 From the beginning, one of our main goals has been to invite guest choreographers whose work are internationally exciting for the dance community as well as for the audience. We consider it important to collaborate with well-known, experienced artists but also with talented young choreographers at the beginning of their careers. As a result, beside the artistic work of Eva Duda, several Hungarian and international choreographers have worked recently with the Company: Lionel Hoche from France, Guy Nader from Lebanon and Maria Campos from Spain, Gregor Luštek and Rosana Hribar from Slovenia, Quan Bui Ngoc from Vietnam, and Maciej Kuźmiński from Poland. From the Hungarian dance scene we worked with Márton Csuzi, Máté Mészáros and Csaba Varga.

Our newest project is a double bill evening representing the new generation of Hungarian choreographers. Beatrix Csák and Attila Rónai are both young artists whose desire for freedom is in the focus of their creation. Their work is based on the cohesion of a community, the manifestations and the impact of personal conflict points, individual symbioses. They both create purely in the language of dance and movement, excluding any frills, deliberate dramatic or other theatrical effects.

The music composer of the evening is Péter Kunert who has long been connected to the Company as the artist of many previous works but he is also known as the author of countless movie soundtracks, theater and dance pieces.

Attila Rónai spent almost ten years in the world-famous Hofesh Shechter Company where he was also considered a trainer, and during the common work he had the opportunity to get to know Hofesh’s work as an assistant choreographer. Hofesh Shechter was born in Israel and based in London. Due to his outstanding talent and unique style he was nominated for Tony Award in 2016, and was selected as one of the 100 most influential persons in the cultural field in 2017 by the British magazine, The Stage.

Attila has already made several shorter creations in Hungary as part of the Gangaray Program and in 2019 choreographed for the first time abroad in Turin for the Nuova Officinal Della Danze Company. He won the Viktor Fülöp Scholarship in 2021, and one year later he presents his own creation I Shall Be Free with Eva Duda Dance Company. Attila mixes the style and elements of hip-hop and krump dances with contemporary trends, providing the movements surprising dynamics and wildness. Attila is concerned with the issues of community power, desire for freedom,  “peer pressure” and the sense of belonging with either sympathy or criticism.

Beatrix Csák was a dancer at the Company in its early stage. Over the past few years she has been training and directing dancers as a dance captain and assistant. She has an eye for proportion and her precision is remarkable. She has gained comprehensive knowledge and experience over these years in creating a piece. She made her first choreographic steps right after graduating from the Budapest Contemporary Dance Academy, however she was mostly focusing on her dancing career at that time.

She has become a mature leader who is great at motivating dancers. Her piece titled Golden Section focuses on the evolution of energies within the community. The elaborated movements aim to reflect on the tensions within a community, the challenges, understanding and devotion among each other with the chance of nuanced communication.